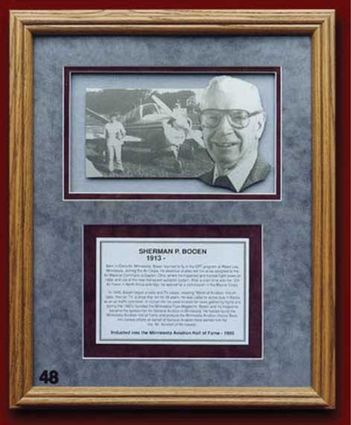 Booen was born in Glenville, Minnesota, and learned to fly at Albert Lea in the Civil Pilot Training Program (CPT) before World War II. In 1942, he was assigned to the Air Material Command at Dayton, Ohio, where he inspected and trained flight crews on the Honeywell autopilot system.

In 1945, Booen began a radio and TV career. He created "World of Aviation," a program that aired on WCCO-CBS TV for 28 years. After receiving his Marine Corps commission, he went to Korea as an air traffic controller and retired with the rank of colonel from the United States Marine Corps Reserves.