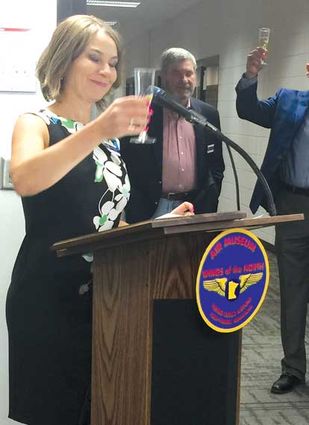 It was a celebratory afternoon and evening April 21 as the Minnesota Aviation Hall of Fame held a ribbon cutting ceremony at the Wings of the North Aviation Museum at Flying Cloud Airport to present the wall of inductee plaques.

"I'm very proud that we have such a great home," said Chairman of the Board of Minnesota Aviation Hall of Fame, Noel Allard, who has been with the organization for 30 years, and is an inductee himself.

"As we were hanging these plaques, we saw and handled 194 plaques," said board member Tim Barzen. I thought this is really something. There are over 194 stories here of people who were huge contributors to Minnesota aviation, who made history." 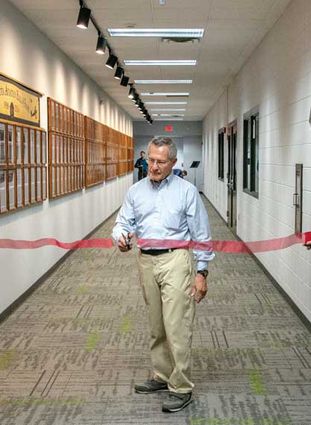 Though thanks to all volunteers were plentiful, Barzen gave a special nod to Bob and Judy Jasperson who privately funded lighting for the plaques.

"That's just incredible," said Barzen. "They said, I think we need more light here, and they made it happen."

It's my hope with Wings of the North and the Hall of Fame that we can attract people into this building to read the stories.

Later that evening, six inductees for 2018 were honored at the Minnesota Aviation Hall of Fame Banquet in Bloomington.

A joyful toast by Cheri Rohlfing

“The Minnesota Aviation Hall of Fame is very happy to be partnered with Wings of the North as we honor and preserve aviation history while inspiring the next generation through outreach and scholarships. So, a toast to excellent partnerships, the lives we touch through our work together, and the friendships we build along the way. Cheers!”