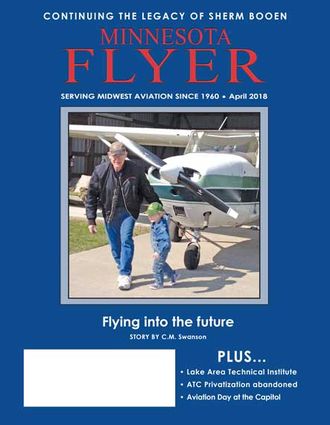 Steve Young of Wadena, Minnesota, and Phoenix Thiel, his 4-year-old grandson from Ottertail, walk away from a 1964 Cessna 172E, rented for the purpose of giving Phoenix his first ride in a general aviation aircraft. The flight sealed the deal for Phoenix who has been flying ever since. The photo was taken at Wadena Municipal Airport (ADC) by Grandma Wendy.