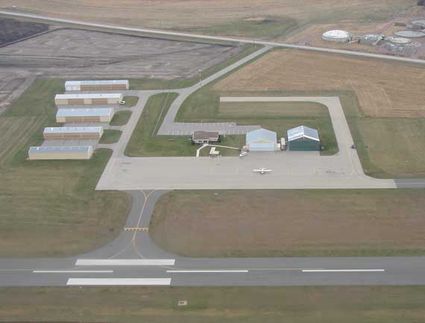 Waseca (wasecha) is a Dakota word. The first Europeans to visit the area interpreted it to mean "rich" but the Native Americans who inhabited the Great Plains at the time had no concept of monetary wealth. What the Dakota were saying is the place had "plenty of provisions." In any case, the name stuck. The City of Waseca (and the county with the same name) is in one of the most fertile (and thus well provisioned) regions of North America.

Waseca was platted in 1867 and incorporated in 1881. Today the City is well provided for in terms of recreation. There are two gorgeous lakes and 15 Parks in the City. Park facilities include camping and golf, plus the normal ballfields and tennis courts. The City operates a water park. Over nine miles of paved trails are available for biking or walking, including one around Clear Lake that offers some spectacular views.

Access to aviation is something the area is also well provided with. Waseca's first airport was south of town and constructed by the Works Progress Administration. That was one of Franklin Roosevelt's job creation programs. This was in the 1930s, and the depression was on. The airport didn't see much activity, so it was sold to a local aviation enthusiast who continued to allow public use. Eventually the private airport ceased operations. In 1968 the City started the process of developing a new public airport. Waseca Municipal Airport opened at its current location in 1969. There was a turf runway and aircraft parking apron. Several hangars were constructed in the early 1970s. An Arrival and Departure building was opened in 1972. The runway was paved and lighted in 1975.

In the twenty first century, Waseca's "new" Airport is a modern facility that supports all the needs of General Aviation. It's home to about 30 aircraft and experiences over 10,000 operations every year. The runway is 3,400 feet long, paved, and equipped with up-to-date lighting systems. Instrument approaches are the standard GPS procedures, and an automated weather system (AWOS) will tell you when you need to use them. There's a partial parallel taxiway and a generous apron area for aircraft parking. Both aviation gas and auto fuel are available. There's also flight instruction and aircraft rentals. The A/D building has meeting space, vending machines and a flight planning area. Taxi service can get you where you want to go.

Full service aircraft maintenance is also offered at Waseca. The work is done by Maynard Stensrud. Mr. Stensrud started in aviation as an educator and (among his other jobs) is the Airport's manager. Besides keeping the airport running smoothly and fixing aircraft, Maynard patrols pipelines in a Cessna Cardinal. The Cardinal's airframe has been in the air for an incredible 29,000 hours Just so he doesn't get bored, Maynard travels to west Africa every year where he works as a volunteer maintaining aircraft used by humanitarian organizations. He's done that for 20 years.

Gene Glynn is another interesting person with connections to Waseca. He was the first high school athlete to be named Minnesota's "Mr. Basketball". Glynn was a star player in both basketball and baseball at Waseca High School. After high school Gene attended Mankato State University where he again excelled at both sports. He played minor league baseball for a few years before finding his calling as a coach and manager. He joined the coaching staff of the Minnesota Twins in 2012. About the only aviation connection here is the Waseca sports mascot is a Blue Jay.

Near Waseca is an Aerobatic Practice Box. There's only three in Minnesota, so it can be busy. A line of cars parked along Highway 14 watching the impromptu performance is not usual. Waseca also hosts a business and a club devoted to sky diving. If you think jumping out of a perfectly good airplane is the thing to do, this is where it's at. Between aerobatics and parachutes, there are many days when you can enjoy a free air show.

Waseca has a fly-in on the second Sunday in August. The City also hosts a music festival in June, and a marching band competition in September. It's less than three miles from the airport to downtown. There's still plenty to eat around Waseca, ranging from fast food to fine dining.

Take in the airshow or some music, then go get some provisions.