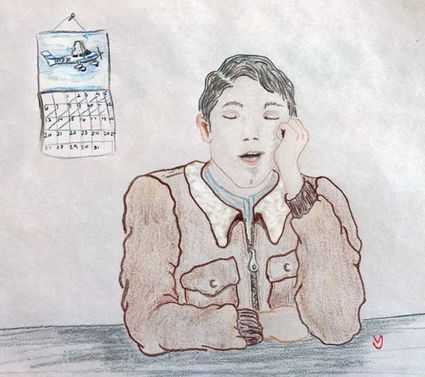 Flying, whether as a pilot or a passenger, can be an exhilarating and wonderful event most often. But there are times when environmental factors arise that have a significant impact on that exhilaration and, in fact, may become significant stressors in your day. An example is, you are cruising along with everything on the panel where it should be for optimum flight and speed. Then, suddenly, your engine hiccups, then hiccups again, and then once again as the tach begins to drop back. While it might be something simple that can easily be remedied, your level of stress has gone up significantly. How you deal with that stress depends on your preparations, training and practice.

In an article titled "fatigue-impacts-situational-awareness" produced for first responders by samatters.com, it states, "Research has shown that fatigue can impact situational awareness in disturbing ways. Some responders think if they take a "safety nap" it will help. In a small way, it may, as any rest is better than no rest. However, a nap does not resolve systemic fatigue. Rest is a critical component to brain function and when there is not adequate rest or there is disrupted sleep, the impact is real, and measurable. Some scientists have described the behavior of research participants suffering from fatigue as displaying the same qualities as a person who is intoxicated. When you think about the critical nature of first responder decision making, fatigue can have catastrophic effects." Now, imagine the affects it can have on pilots!

Scientists have recently revealed that during the normal sleeping time period, the body rests, however the brain is actually quite active. That suggests the brain may wait for the body to rest so it can have access to a large amount of glucose. It needs the glucose for energy to power it while it does a significant amount of processing and cataloging of data gained from the awake time period. That was the good news. The bad news is fatigue can not only impact your short-term memory and performance, it can also impact your long-term recall.

In a December 2017 article by Doctor Kenneth Stahl, MD, FACS, published by the Aircraft Owners and Pilots Association (AOPA), he says "Just as pulling back the engine lean of peak, easing up on the brain with sleep and rest is an essential element of health and getting your brain and body to TBO and beyond. Without exception, pilots are expected to be knowledgeable and astutely responsive to airborne challenges, all the while maintaining a prolonged vigilance for the safe conduct of the flight. A fatigued pilot risks life-threatening consequence due to loss of necessary mental acuity as well as decreased dexterity and cognitive skills."

Clearly you can see how critically important proper rest is before a flight. Flying demands the maximum alertness, complete preparation of the pilot for the proposed flight, and a well-rested pilot ready and able to handle the normal and the unexpected situations that might or will arise. Without proper rest situational stresses can become links in a chain of factors that impact not only your memory (or lack thereof), but also your responses and overall performance during any anomalous situations.

When things begin to go wrong it is a natural response for your stress levels to increase. In an article by pilot/author Devan A. Norris, in the November/December 2017 issue of Aviation for Women, she says, "Stress is a funny thing. It is necessary part of our survival as human beings, but it can also overwhelm us and become hazardous in and of itself. In aviation, we are very much aware of how badly things can go wrong, so we actively train ourselves to handle situations when they go awry."

Norris continues, "The stress you experience in the present can have a ripple effect well into your future. The symptoms of stress reaction may appear in days, or take months or even years to surface." The reactions will very likely be different for everyone. As she explains,"...(sic) crewmembers experiencing stress reactions from an accident or incident often complain about sleep problems, anger at their company, or even a loss of the love of flying." This is obviously not a complete list of potential symptoms or reactions to significant stress, but it gives you a reasonably wide range of responses to consider. There are many more in between.

The main points of the article are simply that fatigue can cause memory impairment and loss. Memory impairment or forgetfulness, particularly for a pilot in flight, is a significant point of stress. Stress can negatively impact judgement and response to a given situation. Poor judgement and poor response can then seriously impact your safety. If something happens that you misjudged or did not respond to correctly, your stress level will certainly increase. When it increases, the chance you will make an even greater error in judgement or response also increases.

It is incumbent upon you, the pilot in command, to be sure you are truly ready for your flight. That means proper preflight of the pilot and the airplane, along with detailed planning and preparation before starting the engine of your aircraft. Your safety is up to you, but remember even if you are flying solo, your lack of proper rest, or use of over-the-counter medications, or simply laziness in preparation, preflight, and planning can prove to be critically important to you and to anyone along and under your flight path. It's all up to you.