Class is in session... 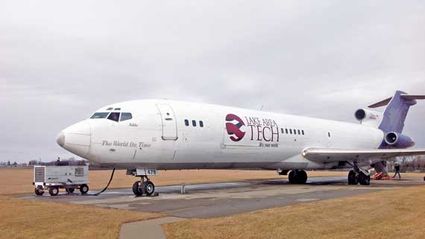 Since its foundation in 1965, Lake Area Technical Institute (LATI) in Watertown, South Dakota has been training students for the workforce. That training is now recognized on a national level.

In 2017 LATI received the Aspen Prize for Community College Excellence, recognizing its standing as "a benchmark for community college reform." For eight continuous years, LATI has been designated a Military Friendly school for going "over and above" in efforts to assist service members. LATI was also named the top community college in the nation on Niche's 2017 Best Community Colleges list. The Niche award is based on "rigorous analysis of academic, financial, and student life data."

One significant reason LATI has excelled through the years is its ability to practice what it preaches. Administration and staff are continually seeking out what is new on the horizon, then adjusting the school's programs to fit industry's current needs. LATI Director of Student Services, LuAnn Strait has been with the institute for over 30 years.

"We work very directly with industry and industry partners," said Strait. "When we find there is no longer a need for something, we re-evaluate what we are doing. We can adapt to changing needs pretty quickly.

"We've had 14 years of consistent growth, which is unheard of in the technical college world nationwide. That being said, while the school has evolved over the years, it has stayed on mission. We still train for the workforce."

While the main campus is in town, LATI's aviation department is located at the Watertown Municipal Airport. Aviation Department Supervisor, Greg Klein is as enthusiastic about LATI's A&P program and Flight School today as he was when he graduated from the A&P Program in 1977.

After a career in the Air Force and a short stint working for the airlines in Milwaukee, he and his family returned to Watertown where Klein joined the team at LATI. The supervisor is also an instructor with a Bachelor's Degree in Professional Aeronautics. He holds a private pilot (multi engine) rating, a CFI (single engine) rating, CFIG (glider), A&P, IA, and DME. LATI's innovative structure and involvement in Capstone Projects was a key draw. One such project was the full restoration of its 1967 Cessna 172, a retired military T-41A the school acquired from Travis Air Force Base in California.

"When you look at it now, it looks like a new airplane," said Klein, "a really nice airplane. We completely went through the structure, overhauled the engine, and upgraded the instrument panel to a glass cockpit. Since the military version has a 210 HP engine, we installed a tow hook so we could tow gliders with it as well.

"We work on flyable and non-flyable airplanes. By the time students graduate, they have lots of opportunity to work on live aircraft, not just training aids. It's important to have training aids because you have to teach those skills, but then, there is the real thing."

LATI's fleet includes at 727 donated by FEDEX, the 1967 Cessna 172, a 2007 American Champion Aurora, Lear 24, a retired King Air with history in the Army and NASA, Senecca, Schweizer SGM 2-37 motorglider and Aeromot AMT-200S motorglider from the Air Force Academy, and a restored J-3 Cub.

"Top that off with two and a half Lake Amphibians in rebuild," said Klein, "but that's another story."

"We worked with the university on a modification and flight test program on the aircraft," said Klein. "We got an STC (Supplemental Type Certificate) to fly a Cessna 180 on Ethanol. It was an 85 percent blend of Ethanol. I think it's the only STC out there where you can use that kind of fuel in an aircraft. It was a very significant and extensive project. We're involved in those sorts of things all the time."

Tony Wiegman is the department's second instructor. Wiegman worked in the general aviation industry prior to his teaching position at LATI.

"His enthusiasm and dedication, you can't beat it," said Klein of his work associate. "It's top notch."

LATI's Aviation Department also offers flight training. Since Klein is a pilot as well as an A&P mechanic, personal experience allows him to expound on the virtues of attaining both sets of skills.

"So, a student can take flying lessons in the airplane and, when it comes due for its 100-hour or Annual Inspections, that's included in our maintenance instruction," said Klein.

In its ongoing relationship with industry, LATI holds bragging rights to a 98 to 99 percent job placement rate for graduating students. In fact, demand in aviation is so high, students often graduate with a diploma in one hand and a contract in the other.

"I get calls all the time because there is a shortage of mechanics out there," said Klein. "Companies are hurting for help. We've seen a trend where people are getting hired by Christmastime, and they're not going to graduate until May. Now they have contracts in hand and have jobs waiting for them. That's been fairly consistent for the last six to eight years."

Part of LATI's training the future work force extends to responsible behavior patterns, specifically in regard to showing up to class. Attendance is mandatory, which works in the student's favor. 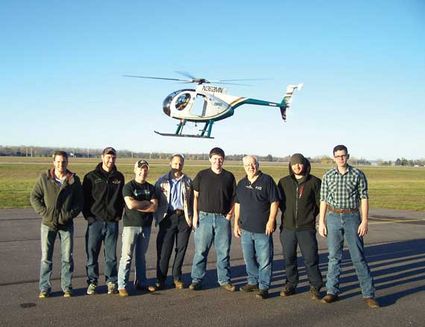 "It makes students responsible for getting up every morning and coming to class," said LuAnn Strait, "and that's what employers want to know, do these student attend class? They want students who are committed and take the job seriously. Who can get up in the morning and be there?"

Potential students are strongly encouraged to visit prior to applying at the school.

"We let them visit with the instructors, other students, and they get to look around the department," said Strait. "When they leave, they will either feel really good about it, or they will say, this isn't for me. That's what we want, because we want the students who come here to be happy and successful."

Scholarships are also available to help cover the $10,000 per year tuition (which includes the cost of student's tools), another factor that leads to the success of LATI students.

With all the benefits available for students at LATI, it is no wonder the technical institute is accumulating national awards.