Icing in the Clear 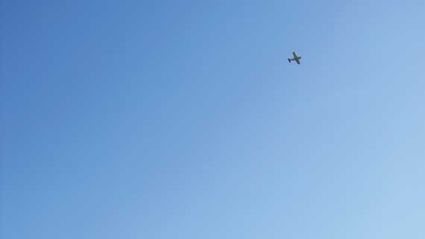 No, not clear icing; I mean "windshield caked over icing" while flying in VMC with 10 miles visibility and no detectable precipitation. We all love flying stories, so here's a winter flying story.

On a December day with reported ceilings at 2,000 feet, overcast, visibility better than 10 miles and surface temperature about five degrees Fahrenheit, I set out on a routine auto-pilot test flight in a Cessna 206.

On take-off I noticed the right side of the windshield spotting with what I thought was oil mist. This could be the result of a number of things; a bad prop seal, residual oil from an earlier spill, cleaning solvent, etc.No problem, I thought. I'll keep an eye on it while I do my test and add it to the squawk list when I get back.

It wasn't oil. It was ice from a fine undetectable mist in clear air. This was one of those extremely rare days when the lower atmosphere contained super-cooled moisture in clear air.

The creator of the problem was a 30 degree temperature inversion between 2,500 feet MSL and 4,000 feet MSL. The result was atmospheric super-cooled mist falling from moisture saturated clouds in absolute dead calm air.

There were no pilot reports of icing prior to my flight.

After a very few minutes, the windshield was totally opaque and unusable as a viewing device except for one tiny two inch area kept clear by the defroster. Of course, by then I was on downwind with the unfinished test cancelled and my time spent working on plan A, B and C.

The side windows were clear. I could use the side window if I had to. I would merely kick the rudder just enough in order to see down the runway and straighten it out at the last second. Perhaps the defroster would keep up and that 2 inch space would be all I need to land the plane.

By the time I was on base, the ice on the windscreen had sublimated enough to see quite well. The entire flight time was 11 minutes.

Each particle of moisture must have been uniform in density because the ice that formed was completely uniform; no lumps or bumps or differences in texture; rather like a very fine piece of sandpaper to the touch. The perfect super-cooled mist so to say.

I guess the aviation forefathers were right. No matter how many experiences you've had, there is always a new one right around the corner.