This is part two in a two-part dissertation by freelance writer Jim Hanson regarding his experiences with and impressions of the late Captain Winthrop "Lee" Bradshaw. 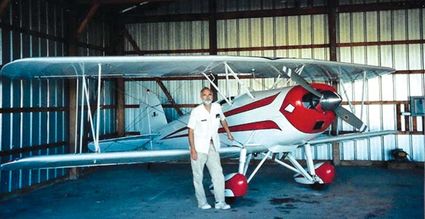 The Baby Great Lakes was a favorite for doing aerobatics.

Lee purchased an Aviat Husky to tow gliders for his operation at Osceola, Wisconsin. He still loved to fly aerobatics, so he purchased a Great Lakes biplane.

Lee was one of the first people in the U.S. to obtain all 7 categories of instructor ratings. Years later, there are still only a handful of pilots to have done so (Lee "outranks" me-I don't have the gyroplane ratings, though I HAVE flown them without passengers on my helicopter rating).

With dogged determination, Lee kept after the FAA Medical Certification Standards office to issue a First Class Medical certificate. Faced with his obvious capability to master almost every form of aviation and to perform to the testing standards of actual flight, they allowed him to undergo extensive medical examinations. He was granted his AVIATION MEDICAL, FIRST CLASS!

Lee had been a Boeing 727 Captain when he had the crash in the Pitts Special. To Northwest's credit, they kept his seniority number open for him, and when he received his First Class Medical and was qualified to go back to work after all the years, he found his seniority could hold a Captain's slot on the 747! More months of work getting back up to speed, more simulator training, more Line Oriented Flight Training-these efforts took months of time, but these are mere inconveniences to someone who took years to get back in the left seat-and this time, he was flying the largest airliner in the world at the time! He frequently bid and flew the Orient runs for Northwest.

Faced with the "age 60" retirement requirement (since extended to age 65), Lee had to give up the left seat of the airliners, but happily continued to fly his fleet of airplanes, seaplanes, gliders, gyrocopters, and balloons. He loved the wilderness, and took an estimated 75 canoe trips into Minnesota's Boundary Waters Canoe Area, where motors are prohibited. He loved watching the animals. When visiting Albert Lea for glider contests, he would decline offers to stay at the house-"I'm most comfortable sleeping in my tent or van." He had traveled the world for a living, but that was not enough-he continued to travel by airline to every corner of the world. He flew on the airlines to Australia, where he rented an airplane and circumnavigated the continent. A fan of history, he made two trips to Antarctica by ship-he wanted to see what conditions were like at sea for Sir Ernest Shackleton (as described in the book, Endurance) and to see the penguins for himself.

Ever the consummate aviator, Lee loved all forms of flight, including watching birds. The family thoughtfully distributed small packets of birdseed to the guests attending his memorial, with the admonition "Feed the birds, courtesy of Lee Bradshaw."

• There are lessons here for all aviators. In the early days of aviation, pilots were driven to fly-they overcame huge obstacles just for the chance to experience the sky. Lee not only overcame obstacles for learning to fly, he overcame even larger obstacles just to be able to continue to fly.

• In the early days of aviation, pilots usually had a goal, and once they accomplished that goal, they often retired from flying-all too often, we recognize early aviators for a singular accomplishment. Lee made flying the basis of his entire life. Look at most of the Hall of Fame pilots-we honor them because they too made aviation the centerpiece of their life.

• As a Fixed Base Operator, I've seen far too many people that would LIKE to fly-but seem to never get around to it due to other priorities. Lee (and other pilots I know) would drive old cars, stay in smaller houses, avoid eating out, and make any number of sacrifices in order to fly. There is always a way to attain your goal-it's a question of "what are you willing to give up to attain that goal?"

• Aviation has a number of way to participate. Move beyond "airplane single-engine land". Get new ratings-new endorsements-check out in new airplanes. Be like Lee-get a glider rating, seaplane rating, helicopter rating, balloon rating. Get a high altitude, tailwheel, or high performance endorsement. Learn to fly aerobatics, or to fly skis.

• Don't take no for an answer. Look what Lee went through in order to regain the left seat. Like Bob Hoover, you just have to persevere!

EPILOGUE: I flew that same Lake Amphibian that Lee flew back for me from Canada to attend Lee's memorial service held (appropriately) in an airplane hangar in Osceola, Wisconsin. It was attended by a large number of his friends, colleagues, and former students. Each told stories of their own interactions with "Cap'n Bradshaw" (the title of Captain applies to all airline Captains, but is usually dropped in civil life and retirement. His friends continued to call him "Cap'n" out of respect for his perseverance and accomplishments). Almost everyone at the service mentioned his "character." Being a "character" used to be synonymous with one's own personality-something that made you unique-something that set you aside from everyone else. Today, we seem to have very few "characters"-people with unique and distinctive personalities. Perhaps it is our "homogenized" world, and borrowing from that term, it's a world where "the cream doesn't rise to the top"-the entire jug of milk tastes the same. Being unique-being a character-these are some of the things that used to set airmen apart from "mere mortals." Most of us have lost that unique distinction-pilots are now often regarded as people just engaged in one of many activities, rather than people who go places and do things and have adventures. Perhaps that's the reason for the decline in aviation today -we've lost that cache of being unique. We need to recapture that sense of purposeful adventure. Lee Bradshaw had an interesting life-Lee was a PILOT! 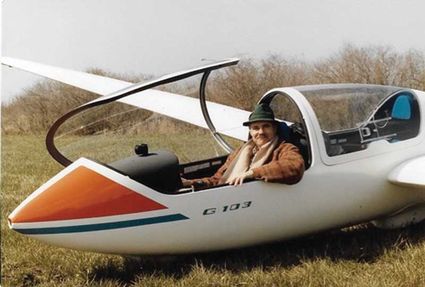 I believe that Lee Bradshaw meets every one of the criteria listed above. If you agree, write a simple letter of support by visiting the MAHOF website. Send letters of support to Noel Allard, Selection Committee Chairman Box 53 Park Rapids, MN 56470.