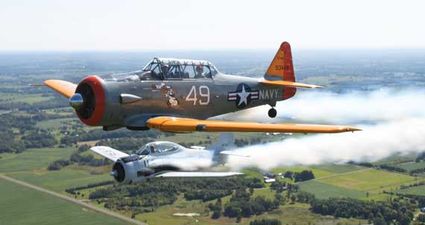 There were some great sights at the Wheels and Wings Fly-In/Drive-In in Osceola, Wisconsin this past September. On the agenda were Wissota Skydivers from the Indianhead Sport Parachute Club, individual air show performers Grant Nielson, Mike Weinfurter, and Erik Edgren. 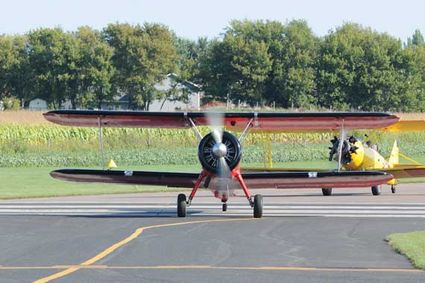 The lead aircraft is a 1943 Stearman, restored and owned by Ray Johnson of Buffalo, Minnesota.

The North American Flight Team added to the visual and audio delight of the crowd with the T-6 Texans. Rounding out the day was a Radar Run of automobiles, a Kid Zone for children to enjoy, a golf ball drop, and food and merchant vendors. Thanks to photographer Ray Pittman for sharing images of the show.