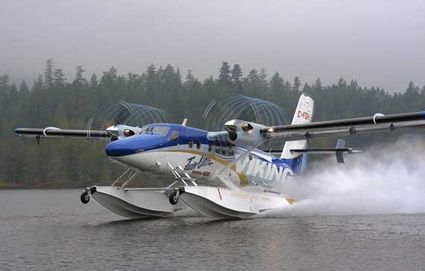 Wipaire, Inc. is pleased to announce that the Civil Aviation Administration of China (CAAC) has granted approval for Supplemental Type Certificate SA2CH for the installation of Wipline® 13000 floats on the Viking Series 400 Twin Otter. Approval for Wipaire's Amphibian Gear Advisory System (Supplemental Type Certificate SA39CH) was also expanded to the Cessna 172R and 172S. The system is also available in China on the Cessna 208 Caravan, 208B Grand Caravan, Quest Kodiak, Air Tractor AT-802/802A, and the Viking Series 400 Twin Otter.

"We're committed to supporting our growing international customer base with new approvals around the world. Our ever-changing list of international approvals underscores our ability to engineer, manufacture, and deliver innovative products on a global scale," stated Clint Clouatre, Vice President of Marketing & Sales. "This latest validation highlights the broad range of aircraft we serve, from some of the smallest to some of the largest. The breadth of floats we hold international validations for remains unmatched by any other manufacturer-a testament to our dedication to our customers, wherever they may be based."