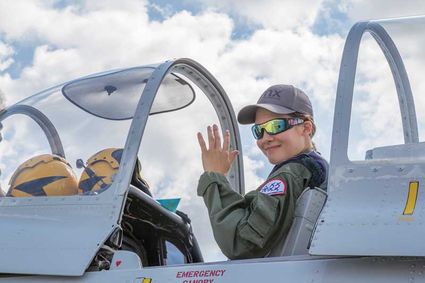 It was an impressive lineup at the Anoka County Blaine Airport as efforts were coordinated to present attendees of the Minnesota State Fair with a visual treat beyond anything else they may have observed from the ground. Vintage aircraft participating included a T-28, T-34, P-51, Corsair, TBM Avenger, B-25, and a Huey Helicopter.

For more information and photos regarding the day's event, contact the Minnesota Vietnam Veteran's Charity at http://www.honorflighttwincities.org 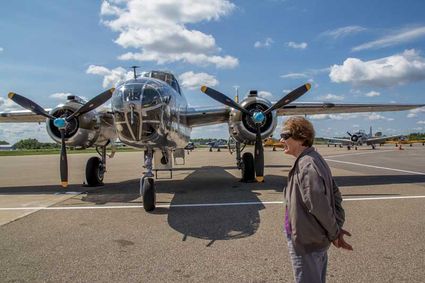 Spring Lake Park resident Bonnie Hansen strolls the field admiring the aircraft that participated in the State Fair fly-over. To her right is the B-25 bomber, Miss Mitchell.