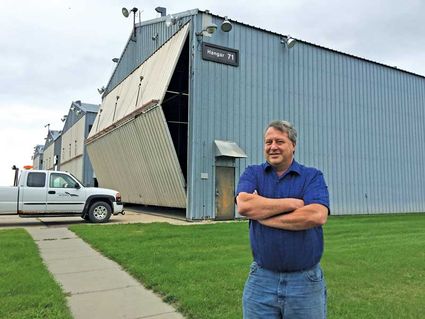 Mark Satnan's fond childhood memories of time spent with his father in South Dakota impacted the way he lives today.

"He worked nights all the time," said Satnan. "He'd drag me out to the shop at night and have me start taking the interior of an airplane out. That's actually how I first got started, taking interiors out of airplanes so he could work on them."

After high school Satnan got a job driving truck delivering parts but it didn't take him long to realize that wasn't the job for him. He change the direction of his life. He joined the Air National Guard, where he opted to become an avionics technician.

Since the Guard was a part time job, Satnan worked in his father's shop as well. In 1992, his Myrle sold his aviation business to a company called Business Aviation. Satnan continued working for that company for 18 years, first as an installer, then as a manager.

In 2006, he deployed to Iraq for several months. When he got home, he found Business Aviation sold to a larger corporation. Though he still had a job, he also started thinking more seriously about his own business.

"I was a little disappointed Business Aviation sold out to a big corporation," said Satnan. "I was looking for something different so that actually gave me an opportunity to go to Milwaukee for a former customer. They wanted me to do prototypes for installing a flair (missile avoidance) system on one of their Shorts Brothers SD 3-60 Aircraft.

After installing the first prototype in Milwaukee, he was asked travel to Iraq as a contractor to do installations and avionics support on aircraft flying surveillance there. The year turned into a year and a half. However, that time put in came with the benefit of acquiring enough funding to finance his own shop when he came home.

"Running someone else's shop was fine," said Satnan. "There were a lot less headaches that way, but I had always wanted my own shop. I got about twenty years of experience prior to starting my own business. When I came back from Iraq, that's when I truly started the business.

Starting out with a focus on avionics, Satnan then moved into avionics maintenance. He now employs four A&P mechanics who are also cross trained for avionics.

"Everyone here can do both," said Satnan. "Whoever is available can take an avionics install or change an engine or do an annual. That's the plus side of having A&Ps. Then, if one side is slow, the other side is busy. Fortunately, the last two years, there really haven't been any slow periods."

Another reason for full work schedules is Satnan's contract for on-call maintenance with the airlines.

"Sioux Falls is a big freight hub," said Satnan. "You've got UPS and FedEx both coming in. When they want something done, they want it done now. We take care of a UPS feeder, Alpine Air. They have six 1900s they fly out of here. We're there when they launch. We meet them when they come back."

Working a 24-hour on-call status, Satnan finds the building and four adjoining hangars in which his crew work highly advantageous.

"Years ago this place used to belong to the Air Guard," said Satnan. "It was for Alert Jet Fighters. This building is where all the pilots ate and slept when they were on alert status. Then, many years ago, the Air Guard no longer needed it so they gave it to the airport. So, this building and the hangars belong to the airport. I just lease them."

Travel is another side of Satnan Avionics. One of their customers is an air freight company with 25 airplanes flying around the country. The airplanes are too big to get into his hangars so Satnan travels to Milwaukee, taking one tech with him to do an install. They drive, taking their tools, and work in the customer's shop. They also cover other states.

Back at the office in Sioux Falls, Office Manager Todd Wolthuis handles all the paperwork, billing, ordering parts, and inventory.

"Todd's the one who knows what everyone is up to," said Satnan. "He's the one we all communicate with."

Working avionics has certainly changed dramatically through the years. Satnan remembers "putting in Apollo 602 lorans like hotcakes." The next thing that came along was the mandate for Mode C (altitude encoder).

"Everybody had to have Mode C," said Satnan, "so we had a few years of putting in Mode C every day. Now we've got ADS-B which is required by 2020. We're really busy with that, too. Everyone wants to get their ADS-B done before the deadline."

"Garmin's treated me pretty well through all the years," said Satnan. "They've got good support. If there are any problems, they take care of it. They are on top of all the innovations for general aviation."

Satnan has noticed an increase in general aviation business as well. 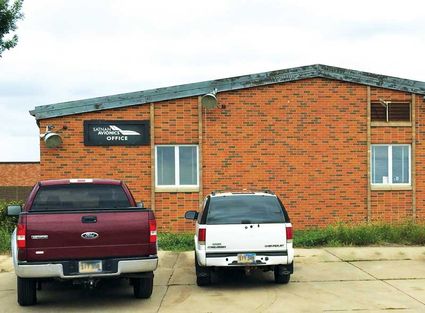 "It used to be annuals happened over the winter but this year we were busy during the summer months," said Satnan. "Even for avionics, summer was historically our slow time. It certainly hasn't been this year, or last year. It's just been crazy."

Satnan remembers his father being crazy busy, too. He recalls when a larger company muscled its way into his dad's territory, forcing a move to another location where Myrle Satnan's business thrived through hard work and dedication to his customers.

"That's the reason I renamed my business Satnan Avionics again, because Satnan Avionics closed down in 1992," said Satnan. "My dad started his business in 1970. He was full time at the Guard prior to that. When he retired, he started a shop right here on Sioux Falls Field. Now we're here and we're still going strong."

There are those rare times when a son can pay tribute to his father in highly practical and meaningful ways. Mark Satnan is one of those sons. Satnan Avionics is one of those ways.