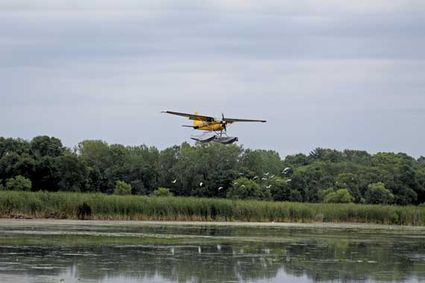 Courtesy of Photographs by Prudence

This year's MSPA's Annual Picnic saw a record number of attendees, in part due to the duo purpose of a much anticipated pig roast combined with the surprise awarding of a commemorative plaque to Bruce Hanson for 41 years of service managing the FBO at Surfside, the Seaplane Base in Lino Lakes. MSPA President Steve Guetter AOPA President Mark Baker awarded the plaque to Hanson at the August 13 event. When Hanson was congratulated, he differed credit to seaplane pilots for their support of the seaplane base in Lino Lakes. 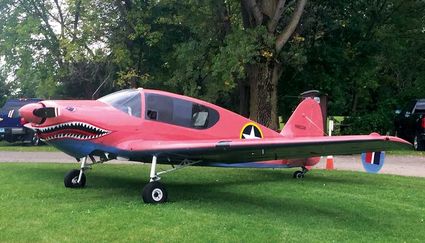 Among the aircraft soliciting a second look from passers by at the MSPA Annual picnic was this pink 1958 Bellanca with custom face paint.