Glider Operations for the Powered Pilot 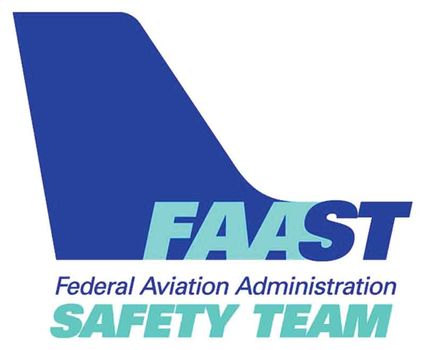 With the soaring season well underway, upper Midwest pilots are working to improve their skills to safely fly their gliders longer and farther. As a long-time glider pilot, I often meet pilots who are surprised to learn gliders do more than glide.

Pilots find and work thermals to climb thousands of feet (often to near cloud base), then depart on a 100 or 200 km out-and-back, or triangle flight, stopping at thermals along the way to "refuel."

Not all glider pilots fly cross-country. Many are content to soar within 5 to 10 miles of the airport. As you might imagine, flying out beyond gliding distance from the airport is a transition to a new kind of flying not all pilots wish to master.

Glider clubs and commercial operations operate at a number of airports in rural areas close to MSP Class B. Soaring clubs are at Stanton and Osceola with commercial operations at Faribault and Stanton. You may occasionally see gliders at Albert Lea, Sleepy Eye, and Menomonie, Wisconsin. Motor-gliders operate from any airport.

On a VFR afternoon with good weather, gliders fly nearly anywhere in the state. A good soaring day has light to moderate winds, no overcast and a 20+ degree dew point spread. Cumulus clouds often signal the location of good thermals. Light to moderate turbulence is typical.

Pilots flying near airports with glider operations should carefully scan for traffic. Gliders are exempt from transponder requirements and will not show up on your ADS-B display. With the small profile, radar operators may mistake a glider for an eagle. An agreement with the Minneapolis ARTCC allows tow planes to squawk 1202 as a signal to controllers that glider operations are underway at that airport. Glider activity symbols are not on IFR charts. When there is a glider in the traffic pattern, there are a few things a power pilot can do to ensure safe operations. Since a glider pilot's options are limited in the pattern, avoid extending a base or downwind leg with a glider behind you. Try to land long, and clear the runway as soon as possible. When departing from an airport with glider operations, remember a towplane and glider have the right-of-way.

In the event of a low altitude rope break or towplane engine failure above 200 feet AGL, the glider pilot may elect to return to the airport for a downwind or crosswind landing. Though a rare occurrence, pilots are trained to handle this and regularly practice with instructors onboard. Flying gliders is safe, fun and often a challenge. Pilots should be familiar with glider operations when operating at these airports.