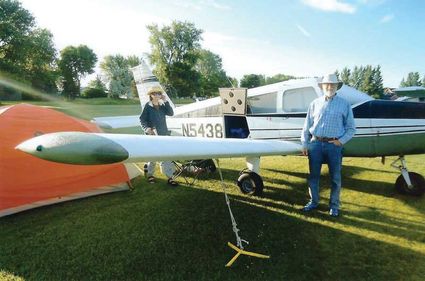 Mr. and Mrs. Art Howard standing by a Cherokee. 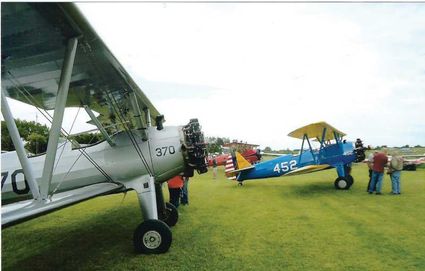 According to Lilienthal, the hangar doors opened at 5 a.m. to allow Chris Cakes Catering, Pochahontas, Iowa to begin breakfast preparations. Lilienthal did a flyover at 5:30 in his 1972 Skyhawk as a traditional wake up call.

"At 7 a.m. the coffee was hot and the Pope County Flyers were ready for a very busy morning," said Lilienthal.

Lilienthal said the group served just under 1,100 meals. About 65 planes flew in for the event. Alexandria FBO brought two planes for rides and were busy flying until mid-afternoon. He said the Pope County Flyers were very proud to have three Boeing Stearmans flown in by Ray Johnson, Swank Flying Services out of Appleton, and Dan Barber of Alexandria.

Lilienthal extended thanks to the city of Starbuck and the very experienced crew of the Pope County Flying Club for a safe and enjoyable event.