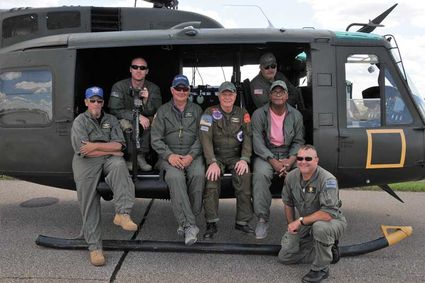 Reenactors demonstrate how an insertion was done during the Vietnam war using the UH-"Huey" helicopter.

The 12th Annual Dennis Kirk Patriot Ride was held July 8 at the Anoka County Blaine Airport at the Lynx FBO. The Patriot Ride recognizes and remembers the 1,741 American personnel listed by the Defense Department’s POW/MIA Office as missing and unaccounted for from the Vietnam War, and pays tribute to veterans, law enforcement, and their families for their contribution to the safety and freedom of citizens of the United States. The day-long event includes a 50-mile ride, special recognition programs, unique aircraft displays and fly-bys, activities, raffles and drawings, food vendors, and music. 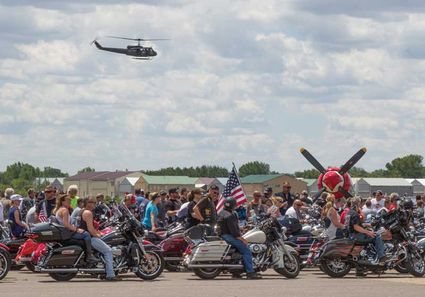 Many of the attendees were veterans.

The Bell of Honor was tolled on the grounds as a sign of respect and honor for Fallen Heroes from Military, Veteran’s, Law Enforcement, Fire Fighters and EMS personnel. Many of the attendees were veterans.

For more information on the Patriot Ride, visit http://www.thepatriotride.org