Testosterone Replacement Low-T's creeping up on me! 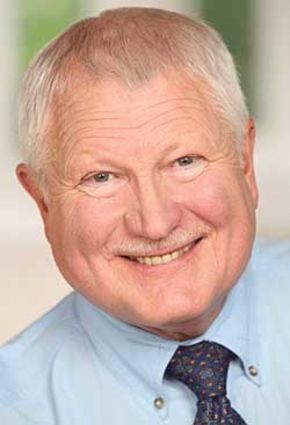 A little while ago an airman came in with a set of chest muscles that made him look not so much like Superman as a tom turkey. He was quite muscular all over. It was obvious that he'd been working out. Really? To get to the point where you look like a super-hero action figure?

Talking with him, I found out he'd been diagnosed with low testosterone or "Low T" as they say in the TV ads. He'd been using hormone patches, although I thought he might have been going at it a little more than his doc had recommended.

As you know testosterone is the masculinizing hormone normally secreted by the testes. If you are low on testosterone you can experience loss of strength, muscle mass and bone density, impaired mood and sense of well-being, a lack of sex drive and erectile dysfunction. Low testosterone is not a disqualifying condition for your medical certificate. However, some guys with abnormally low levels will experience significant depression and that certainly could be an issue in flying.

As you age, testosterone secretion normally slacks off some. On average your levels drop about 1% every year of life after peaking in late adolescence. In other words, after 18 it's all downhill. Most of the time it's no big deal since levels usually aren't really that low until you get into your 70's. Even then, many men have little decrease in functionality.

However, a lot of different things can cause premature significantly low testosterone. Mumps in an adult, HIV infection, trauma, radiation, heavy metals such as lead or cadmium, or any one of many chronic diseases can screw up the cells in the testicle that chug out the hormone. When that happens in the prime of life, you've got trouble. Fortunately there are several effective replacement therapies, including the daily use of a testosterone patch or an injection of the hormone every two to three weeks. These replacement therapies will increase your lean body mass, increase your strength and bone density as well as restore your sex-drive. Unfortunately it may not restore erectile function.

All too often, associated hardening of the arteries screws up the plumbing and prevents effective penile engorgement. So you're stuck with the urge without the means. If that happens it's time to see an urologist. They have devices!

By now, I imagine you're thinking...Gee, testosterone increases muscle mass, strength and bone density, so if I can get my doc to prescribe some, I can look like a tom turkey too! Not so fast.

First of all, if you're not low on testosterone, your body doesn't need any more. An overdose of testosterone can cause a number of really bad things including fluid retention, enlarged breasts, acne, sleep apnea (which may be disqualifying for your medical certificate) and very aggressive behavior (which should be disqualifying). Ever heard of "'roid rage"? Not a nice thing to have when you're number three in the pattern. Furthermore, excess testosterone can push up your cholesterol and accelerate hardening of the arteries. It can aggravate prostate enlargement. If you have a covert prostate cancer it can shove it into high gear.

Still not convinced? You say you know this guy at the gym who can get you 'roid pills? Don't need a prescription? Well, for openers, it's illegal to dispense without a prescription. Secondly, assuming there really is testosterone in the pills you buy from Bruno the Bruiser, unlike injection or patches, oral testosterone can damage your liver and push your blood fats up to ungodly levels. Enough to lead to a coronary!

Bottom line...get your set of abs the old fashion way. Work out!

As always, comments, questions and suggestions are wecome: jdlakin@mnallergyclinic.com.