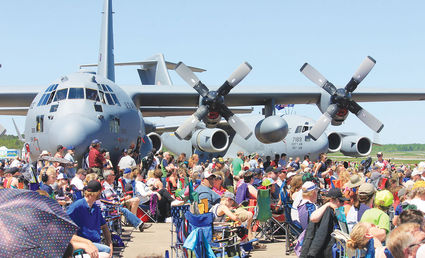 The audience eagerly awaits the start of the air show with the two huge USAF transports dominating the flight line.

The USAF flew the newest, and one of the most venerated planes, the F-35 Lightening II, and the P-51 Mustang in formation. The great bounds of advancement in our warbirds is clearly shown by the diggerences in form, and angle of attack! The F-35 wowed the crowd demonstrating that it is both powerful and agile and can dominate and survive n today's aerial combat arenas.

The US Navy's Blue Angels were clearly the stars of the day as they performed their high (and low) speed demonstrations. 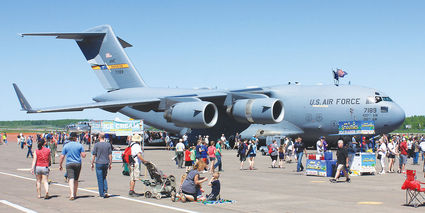