Despite clouds, a good day to experience airplanes and autos 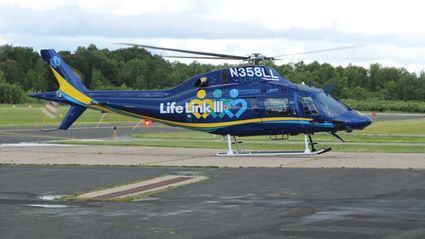 Aircraft attracting attention at the Aitkin Airport's 23 Annual Fly-In Breakfast June 25 included the LifeLink III helicopter, Adventure North Flying Services's 1979 Grumman Tiger, and Platt Hubbell's 1946 Republic Seabee,a an Oshkosh Grand Champion (2005) and Sun and Fun Grand Champion (2006). The Seabee was wrecked and sunk in Lake Shasta, California in January 2010. Hubbell purchased it in 2012 and had it flying again by March 2014. He hangars the aircraft in Brainerd. 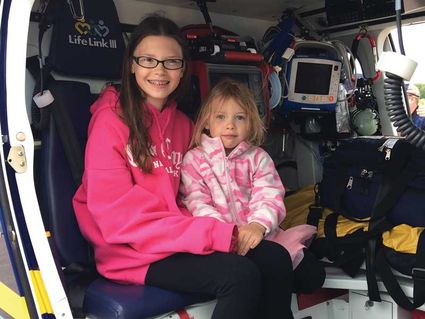 Emily and Whitney Tange explore the inside of the LifeLink helicopter at the Aitkin Fly-In June 25. The pilot and crew were present to answer questions allow numerous inquisitive visitors a hands on experience with the emergency aircraft.