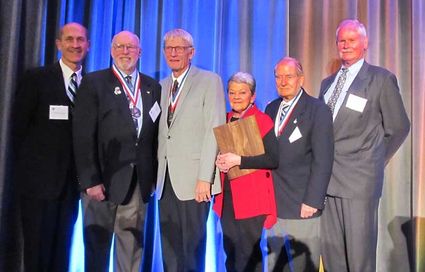 The 28th Annual Induction Ceremony of the Minnesota Aviation Hall of Fame began, as usual, with a social hour and banquet at the Hyatt Regency Bloomington on April 22.

What was most unusual was the passing of the torch for banquet management to a gracious Cheri Rohlfing who noted this year it took a 23-member planning committee to do what Noel and Mary Allard have been undertaking for 27 years. 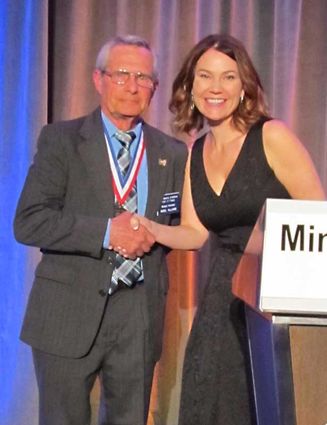 Minnesota Aviation Hall of Fame Chairman of the Board, Noel Allard passed the torch of banquet management to Cheri Rohlfing, current chair of the banquet committee.