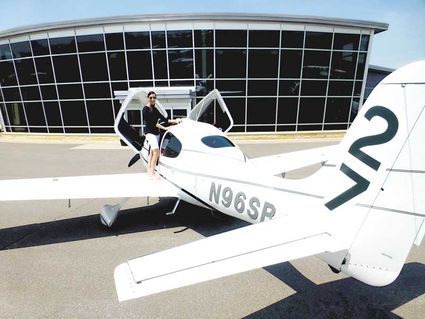 Tracy Lovness is passionate about flying, committed to her goal, and intensely detail oriented. All are components necessary to compete well in the 41st Annual Air Race Classic (ARC) June 20-23, starting in Fredrick, Maryland and terminating in Santa Fe, New Mexico. This is the Cirrus SR22 owner's fourth ARC.

"The race is east to west this year," said Lovness. "That means head winds, so it's going to be very challenging. Still, it should be quite a nice ride."

This year ARC participants draw from 35 states and six foreign countries: Cyprus, Trinidad and Tobago, UK, France, New Zealand and Venezuela. The race application process has evolved to keep up with technology through the years making it more convenient for global participation.

While pilot and aircraft logbooks must still be presented in person, the myriad of other documents may now be delivered electronically to the race officials prior to arrival at the starting point. The experienced pilot is fully prepped and primed, right down to pre-made fuel slips.

"You upload many required documents ahead of time," said Lovness, "things like instrument proficiency and currency, your bi-annual, valid medicals, photos, aircraft rating, proof of insurance. That eliminates a lot of the sitting down and talking with officials at race time. It just makes everything more efficient."

Motivation to get one's registration in on time is high.

"If you get your registration in on time, you are eligible for a top ten drawing," said Lovness. "I'm number 10, which is fantastic!"

Race numbers 11 through 22 are sold at $500 per position, an option Lovness has never taken. In previous races, she simply took the number assigned, which positioned her behind most of the participants.

"The challenge there is, during the race you try to fly as straight a line as possible," said Lovness. "If you have a fast plane, you have to pass a lot of people, you divert from your line. That costs time."

Other advantages of which pilots can take advantage is having a co-pilot or teammate that is a good fit for the aircraft. It took two years of patience and perseverance for timing to be just right for Lovness to engage Sherri Taylor, director of the Cirrus Pilot Proficiency Program.

"Sherri owns her own Cirrus airplane but it's a turbo," said Lovness. "ARC requires airplanes to be normally aspirated to partake in the race. Sherri was lacking a plane. I was lacking a partner, so it worked out really well.

"Sherri is a very talented pilot, co-pilot, and navigator. She will keep us on course, clear of terrain, and keep us clear of (or gain access to) restricted air space or MOAs (military operations area)."

Weight is a major consideration in any flying, but in a race, it is paramount. When flying for a handicap, Lovness said the plane is emptied of everything but the essentials.

The weight of fuel plays an imperative part in flying strategy.

"Trip fuel is putting on enough fuel to be legal, to get you to your next destination, and refuel at every one of the airport stops," said Lovness. "I've done that once. The other two times I've raced I've just filled full, then I don't need to stop at every airport. There's pros and cons to each method."

In addition to planning flying strategies and filling out paperwork, pilots must set aside time between May 1 and May 15 to establish a handicap for the race. While racers definitely compete against one another, it's the unique handicap each pilot creates for the race that levels the field for all participants.

To set a handicap, racers fly four, six-minute specified legs with a GPS and an official timer. That data is submitted to air race officials who examine it and assess the average of those legs.

"That way, someone flying a 150 equalizes somebody with a bigger engine or high performance airplane," said Lovness, "because during the race, what you need to do is average an airspeed that is greater than your handicap speed."

ARC participants are also required to take one of four educational/safety training geared specifically to that year's course prior to the race. In her undeniable zeal, Lovness actually took all four.

Another aspect of the event is sharing the experience with youth by sponsoring groups at the start and terminus locations. Students are invited to follow racers progress on via live ATC on the Air Race Classic website.

Even participating community airports have a competition for the best stop of the ARC. FBO personnel assist racers by organizing hotel rooms, arranging rides to and from the hotel, bringing in pizza or sandwiches, or even having community leaders and residents at the airport to meet the racers.

With weather always a factor, it is a challenge to know exactly when races will arrive at any specific point. However, planes can be followed on the ARC website, airraceclassic.org. Watching the arrival holds an excitement of its own. 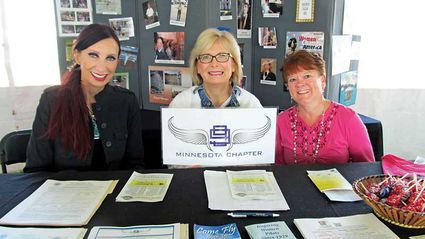 "Starting 10 miles out, you radio call to the airport to identify where and who you are. Repeat this call at five miles and again at one mile. This notifies the official timers, usually placed at the runway threshold, of your arrival. Maintaining full power, keeping wings level and maintaining 200 feet over the runway allows the timers to clock your time as you fly through the timing gauntlet. After flying the length of the runway, you continue on to the next designated airport or climb, go out, cool down and return for a normal landing to refuel."

Having three ARCs under her wing, Lovness said her experience is helping her feel comfortable and confident in this year's race. With pre-made fuel slips, her plane waxed, she is ready to go.

"I think this year is going to be so much fun, and very challenging going from east to west," said Lovness. "I'm really looking forward to it."