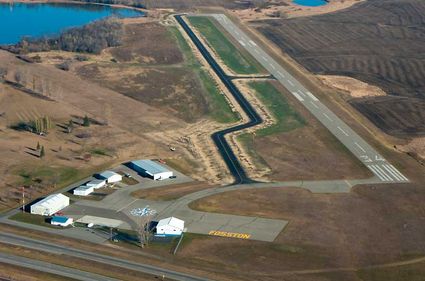 In Fosston, they work hard and accomplish a lot. A list of the talents displayed by the residents over the years would be rather long. Alphabetically, the first two things on the list of what they're good at are airports and basketball. Both aviation and hoops have a long and colorful history in this northwest Minnesota town. Fosston Municipal Airport has served the needs of General Aviation since 1946. The basketball story is a little longer, and begins in 1889.

After World War II, a local group formed a flying club and purchased some property for a "flying field." In 1946, they donated the site to the City. It became the Fosston Municipal Airport. A new lighted runway was constructed in 1959. A paved runway was added in 1973. Beginning in 2001, a series of improvements made the airport into the excellent facility it is today.

Runway 16/34 is 3500 feet long, equipped with Runway End Identifier Lights (REILs) and Precision Approach Path Indicators (PAPIs). There's a full length parallel taxiway that was completed in 2013. An Automated Weather System (AWOS) is on the field. When the AWOS reports less than VFR weather, RNAV/GPS approaches are available, landing in both directions. Fosston also has a Non-Directional Beacon (NDB) approach if you still know how to fly such a thing.

There's plenty of parking on the apron. Fueling is self-serve. Meeting space and flight planning facilities are available in the Arrival/Departure Building.

On October 1, 2016, the City dedicated the airport, "Anderson Field" to honor three brothers who were passionate in their efforts to promote the growth and continuing improvements at the Fosston Municipal Airport. Norman, Robert, and Warren Anderson did what was needed to give their city a first-class general aviation airport. Their efforts ranged from mowing grass to serving on the City Council. The brothers are a perfect example of how general aviation pilots can make a difference by being local advocates for aviation.

More than forty years before they had an airport, Fosston had a championship basketball team. In 1913, Fosston High School won the first state tournament ever held. They've played in the tournament many times since, but the boys are still looking for their second championship. However, basketball is an equal opportunity sport in Fosston. Between 1999 and 2002 the girls team won an incredible 76 consecutive games. The Greyhound women were state Champions in 2000, 2001 and 2002.

Access to aviation is an essential ingredient, and being good at sports helps, but successful businesses and good paying jobs are what makes a city great. Farther down the alphabetical list of things they do well in Fosston is economic development and quality of life.

There's plenty of economic activity in the City. That makes life good for locals. Fosston has a problem many rural communities wish they had. Their Industrial Park is full! Downtown is doing very well too, thank you. In a world of big chains, the locally owned grocery story is another success story. In 2015, they expanded to 43,000 square feet. The store is maintaining a long-standing tradition in retail food sales. Louis Foss opened the first local grocery/general story in 1885. The village was incorporated in 1889 and named for its first merchant. Organized basketball was first reported in Fosston in 1889, games then being played in the Opera House. Early businesses included mills for processing both lumber and flour. Fosston is on the geological divide between the forests and the prairie, so products from both sources were very important for the early economy. 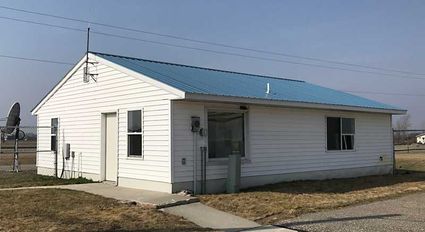 The Visitors Guide recognizes the interesting geology and advertises Fosston as the place "where the prairie meets the pines." The City promotes the neighborhood's great outdoor recreational opportunities including several wildlife refuges, two state forests, 28 lakes, and over 24,000 acres of public land.

If you're into "$100 hamburger" flights, Fosston has plenty of dining opportunities. There are some traditional hotels, plus a bed and breakfast, that offer overnight accommodations. Fosston isn't just about business. Fun events include Crazy Days with a carnival and flea market. Heritage Day features a car show, and there's a Lefse Festival around Thanksgiving. The Community Arts Center has both a gallery and the busiest performance stage in the region. The Visitors Guide says, "It's time to come home, home to Fosston." Regardless of what you call home you'll be welcome in Fosston. Don't forget to check out Cordwood Pete while you're there.