Melanoma:The dark spot that can do you in! 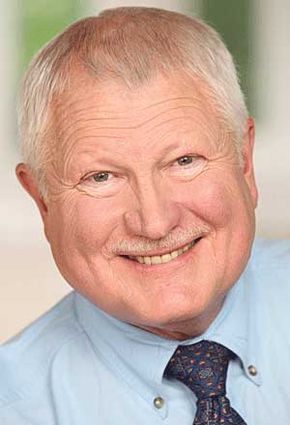 Our cousin had a dark black spot on her lower leg for a couple of years. Her local doc told her not to worry. It got bigger. She let it slide for a few months as she and her husband were moving up here to The Cities. I got her in to a dermatologist who biopsied it and confirmed what we both were thinking and dreading-malignant melanoma. It had spread throughout her body. She was dead six months later.

Unfortunately, this tragic story is a common one. The incidence of this form of skin cancer has been increasing over the past several decades. Last year an estimated 76,000 people were diagnosed with an invasive malignant melanoma with over 10,000 folks died. They seem to be caused in the most part by overexposure to UV radiation either from the sun or from tanning booths. A lot of skin docs suspect that the increasing occurrence of melanoma is due to the increased use of tanning booths, especially by women. Other studies point to sunburns during childhood as being particularly harmful. Sunburns at any time in life also increase risk.

From what I've said, melanoma prevention is not a matter of rocket science. Don't use tanning beds. Don't expose your skin to the sun for prolonged periods without adequate protection. Sun screens with UV absorbing agents such as PABA are pretty good although they have to be renewed frequently. Sunscreens containing zinc and or titanium are much better although they do give you a ghost-like coloration. Protective clothing such as a rash guard is great if you are out for prolonged periods, especially in the water. A broad brimmed hat can do wonders on a sunny afternoon. Above all, if you have children, be very cautious about their sun exposure.

How do you know if that funny looking spot on your skin is a ticking time-bomb? The American Academy of Dermatology advises that you watch skin spots for these features:

• Diameter greater that ¼ inch (about 6 millimeters)

They suggest you follow this "ABCDE" guide to determine if an unusual mole or suspicious spot on your skin may be melanoma. The Mayo Clinic's web site has some cool pictures demonstrating each of these five features:

If you are seeing anything looking vaguely like these, get over to your local dermatologist and have her/him check it out. If caught early they can be cut out of the skin and that's the end of it, rather than the end of you.

Reprinted by permission of Mayo Foundatiom for Medical Education and Research. All rights reserved.

As you might imagine, if you do have a melanoma, the FAA wants to know about it. What the FAA does will depend on the extent of disease. If you've read this column faithfully, spotted your melanoma early and got it removed, your AME can issue your medical certificate assuming that the dermatologist reports that he/she thinks she got it all. If, however, the microscopic examination of the melanoma shows that it went down into the skin 0.75 mm or more or if there is evidence of spread your AME will have to defer to the FAA. They will want complete reports from your doc as well as a few additional studies to get a better idea of the extent of disease. If it looks like things are stable and you are in pretty good shape they will give you a so-called Special Issuance Authorization to fly. Usually this requires you're being re-evaluated by your treating doctors on a yearly basis and bringing these reports to your AME. Of course, if you do have a melanoma you'll darn sure want to be reevaluated by your docs at least once a year. If everything looks OK the AME can issue subsequent medicals under an AME Assisted Special Issuance for the FAA.

Obviously, your best treatment is prevention. So, run to the bathroom and check out your hide. If you don't see anything weird, throw a tube of sunscreen into the car and enjoy the summer weather!