Basic Med, the Alternative to a Third Class Medical 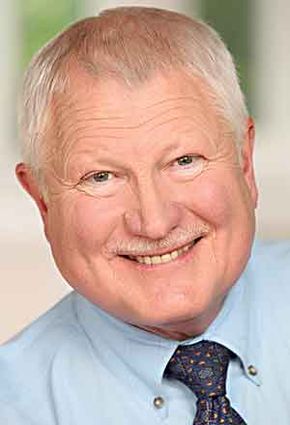 Over the last two months we've covered the basics of BasicMed, an alternative to the Third Class Medical for flying legally. We've talked about what kind of flying you can and can't do under BasicMed; what you have to do to qualify under BasicMed; who is better off using BasicMed or a traditional Third Class Medical. Just in case you've missed them you can read the last two articles on the Minnesota Flyer web site.

So let's say you've decided BasicMed is right for you. Just like the Third Class Medical, the central requirement of BasicMed is to get a physical examination and an attestation that you really and truly are physically competent to fly the wild blue. That's a pretty significant decision. Let's look at how you might select the doc you'll ask to make it.

The idea of turning things over to your family doc is that he/ she will know you better than your AME. If you've been seeing kindly Dr. Welby since you were a kid, that is undoubtedly true. However, most folks these days have been hard pressed to maintain an ongoing relationship with a single health care pro- vider. Some just don't see a doctor until they're sick. So who do you call? First of all, who does the FAA consider qualified? They maintain that only and MD (Doctor of Medicine) or DO (Doctor of Osteopathy) is sufficiently trained to perform the examination. That excludes Nurse Practitioners (NP), Physicians Assistants (PA), Chiropractors, Podiatrists, Naturopaths, Reflexologists and Fitness Instructors. So if you've been seeing a PA or NP for your primary care, you might ask him or her who they would recommend. Second, if you have health insurance (and that's getting iffy) check as to which physicians are cov- ered under your plan. Third, I'd recommend looking for a doc specializing in either Family Medicine or Internal Medicine. They are probably best attuned to the general health issues the FAA wants addressed. Fourth, it would be nice if the guy you

choose is a pilot. Normally physicians are not trained in avia- tion medicine. Consequently a non-pilot physician may not appreciate that some medical conditions or medications that would be OK on the ground could be impairing in the air. Of course if you already are seeing an AME, you could ask her if she could do a BasicMed examination. A lot of the AMEs I've talked to are leery of doing BasicMed as it assumes the exam- ining physician is delivering ongoing medical care to the air- man. That incurs significant legal liability. That also requires the environment of a family medicine or general internal med- icine clinic. Many AMEs, me included, are not set up to do that. It's a much different role than AME as a Designated Agent of the FAA.

So let's say you've found the doc you want to go with. If he's not an AME you might want to ask if he knows what he's getting into. First of all, he'll have to complete the comprehen- sive medical examination checklist (CMEC) you have down- loaded and printed from http://www.faa.gov/go/basicmed. It's going to look a lot like the familiar 8700-8 form that you currently fill out for a flight physical. It will differ in that you will not have to report substance-related arrests or medical disability benefits or total pilot time. Why? I don't know. The FAA calls it Form 8700-2.

Then, the doc will have to sign an "attestation statement." He'll attest that he's discussed all items on the checklist and any medications that could interfere with operating aircraft; that he's performed examination on all items on the checklist, and that he's "not aware of any medical condition that, as pres- ently treated, could interfere with the individual's ability to safely operate an aircraft."

Wow, that's a lot of attesting! Don't be surprised if a physi- cian is uncomfortable with taking on that medico-legal respon- sibility. That's why I'm suggesting you make sure the doctor's office realizes what you're asking them to do before you get charged for a doctor visit.

BasicMed goes into effect the first of this month. Get more information on the FAA web site. http//www.faa.gov/documentLibrary/media/Advisory_Circular/ AC_68-1.pdf

Advisory Circular 68-1 will tell you even more. Fly wisely. See you next month.