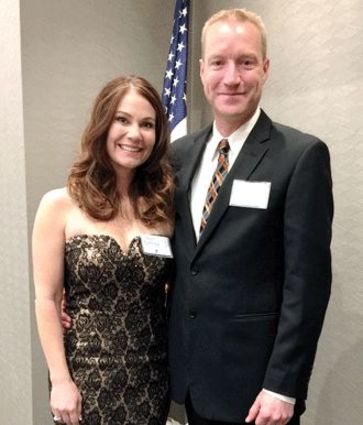 Delta Air Line First Officer Cheri Rohlfing, and Andy, her husband were among attendees at last year's Minnesota Aviation Hall of Fame Banquet. This year, Rohlfing is managing the banquet.

When people take their places at the Minnesota Aviation Hall of Fame Banquet on April 22 at the Hyatt Regency Hotel in Bloomington, regular attendees will notice a marked change. Since its inception in 1988, Noel Allard and Mary, his wife have managed and arranged the annual event. This year the Allard's are transitioning banquet management to Delta Air Lines First Officer, Cheri Rohlfing.

"By the sound of it Cheri has everything under control," said Allard. "Things are looking good. We're going to have a nice banquet again this year."

Though Rohlfing has taken on responsibility for the banquet, Allard remains the contact for inductees into the Minnesota Aviation Hall of Fame. During the transition period, he continues to "field questions, solve occasional problems, and shepherd a few things."

Still, this will be the first year in the history of the event Allard will be able to attend the social hour prior to banquet.

"I've been involved from the very beginning in 1988 when we started inducting people," said Allard. "Every year I've served as either president, chairman, or executive director. As far as the banquet goes, I'm hoping in time I can fade off into the distance and let other people take a bigger role each year."

Emcee for this year's banquet is Al Malmberg, producer of The World of Aviation heard on CBS local WCCO radio. 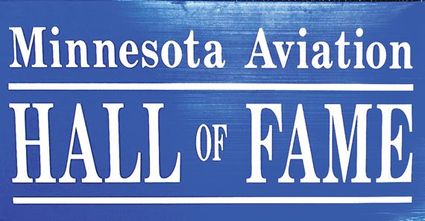 Attendees will also have a chance to meet the four recipients of the Minnesota Aviation Hall of Fame $1,5000 scholarship awards, which will be announced during the evening. For those folks accustomed to getting a word with Noel Allard during the banquet, you may even have an uninterrupted opportunity to do so.

"I'm looking forward to being able to sit there and eat my whole dinner without having to jump up and do something," said Allard. "I'll still go around talking with people because I've always enjoyed that so much."

Due to limited seating and food preparation planning, attendees are advised to make reservations by April 7.