"BasicMed," the Alternative to a Third Class Medical: Part II 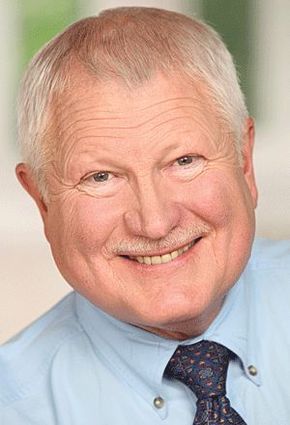 Last month we took a look at some of the provisions of BasicMed, a new way to legally fly without a Third Class Medical Certificate. We talked about the restrictions on aircraft type and operation as well as the basic procedures a pilot will have to follow if she/he elects to go this route to establish medical qualification. Bottom line-if you are a healthy person under the age of forty, it's probably easier and more cost effective to stick with the traditional Third Class Medical. If, however, Father Time has snuck up on you, or if you have significant medical issues, BasicMed may be a simpler route to go if you don't need a Second or First Class Medical.

First, let's look at the pros and cons of Basic Med for a healthy pilot age forty or over. If you stick with the Third Class you'll have to go in every 24 months to an AME for a flight physical. Under BasicMed you can go to any MD or DO every 48 months. The FAA estimates this will cost you about $225. That's probably more than you pay your AME but it's happening half as often. The extent of the physical exam mandated by the FAA under BasicMed is essentially the same as that for a Third Class. Likewise, the on-line paper work you have to do before the exam will be about the same for either Third Class or Basic Med. The big difference under BasicMed is the requirement that you take a medical education course on-line every 24 months and carry the certificate of completion in your logbook. If you have a personal physician you're seeing regularly , and he/she is willing to do the paper work and assume the legal liability, BasicMed may be the better bet.

If you have a significant medical condition, especially if you are on a Special Issuance (SI), and you and your aircraft meet the requirements, BasicMed may be a much more attractive route to maintain medical qualification. Any pilot who currently holds an SI may elect to qualify under BasicMed instead. He will no longer be required to maintain his SI medical certificate or submit interim reports of his medical status to the FAA. Does that mean if you had cancer, you don't have to see your oncologist anymore? Only if you're a damn fool! The FAA is assuming you do not fall into that category. It is your responsibility to prudently do all that is necessary to maintain your health and fitness to fly with your medical condition. The difference is, it will be between you and your doc. The FAA is not going to be looking over your shoulder. Also, folks who develop a condition that previously required an SI will not have to go through that process as long as they adhere to all the other rules of BasicMed. There is an exception however! If a pilot develops a specified cardiovascular, mental health or neurologic condition, he cannot fly under BasicMed until he goes through the Special Issuance process and gets a Medical Certificate. This is a one-time thing. Thereafter he/she can qualify under BasicMed. What are the disorders that trigger the Special Issuance process? As you might guess, they are some pretty big deals.Circumstances requiring an SI include:

• Unexplained disturbance of consciousness or loss of control of

Seems fair enough. You really wouldn't want a guy that thinks he's Jesus having a seizure or a heart attack on short final.

So that's Basic Med. It's an alternative to the Third Class Certificate for medical qualification in a wide variety of GA activities. Which way you go depends on your aircraft, flight plans, age, and, most importantly your health status. Folks on Special Issuance will probably benefit the most. What will be the impact on aviation safety? There are many strongly held opinions but little objective data. We'll have to wait and see.