Father, son share aviation for the joy of it! 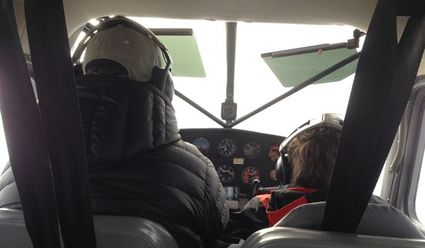 Eight years ago in January, my life changed forever when Rosa and I adopted our son Hayden. Our adult girls had left the nest and this little guy came into our lives out of our desire to provide him a home.

Fast forward eight years and I not only have a son, but I have a co-pilot too. This was never more evident than on January 16 this year. It being Martin Luther King Day, both Hayden and I had the day off. It was a beautiful bluebird day so we decided to fly up to the North West Angle to Sunset Lodge and have a burger. 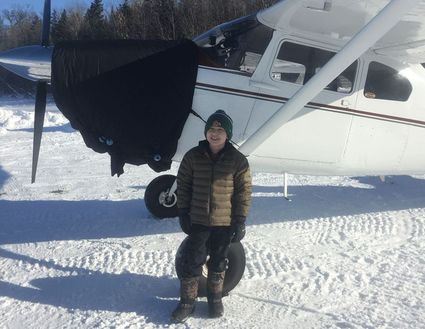 Hayden stands next to his dad's trusty 1956 Cessna 180 after a hardy hamburger lunch in the North West Angle.

During the flight, Hayden got fifty cents if he pointed out any towers along the route, a dollar if he spotted an airport. We made funny noises in the microphone through the headsets, and told silly jokes to each other, just the two of us. It was a perfect father son day. You can imagine the fun we had!

It took us about an hour to get up to the Angle where we landed on the ice road. We taxied up to Sunset Lodge and went in and had the best hamburger this side of Highway 2. Before we left, Hayden had the biggest bowl of ice cream he had ever seen!

When we departed, the moan of the old continental engine tired the little guy out. He put his head on my lap and fell right to sleep. It was only when I called in entering the pattern he woke. The day ended perfectly. I couldn't have been happier! It was one of the best flying experiences I ever had...and I've had a few.