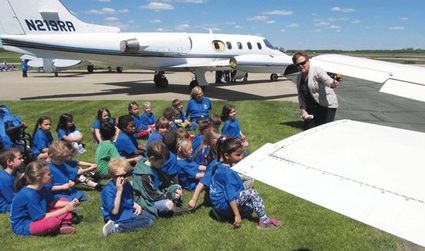 One of the attending classes

When passion and drive give birth to an idea, it rarely dies. It does, however, transform. Such is the case with the Blaine Airport Promotions Group (BAPG), beginning in 2010 out of the minds (and pockets) of Harvey Karth and Roger Hansen.

In the beginning, one of the motivational prompts for the duo was the security fence around the Anoka County Blaine Airport. While it served its purpose for safety, Karth and Hansen wondered aloud if it didn't also send a message to the community to keep out.

"With the fencing, it seemed to be a closed community, kind of threatening," said Hansen in a past interview with the Minnesota Flyer. "We needed to change that image because this is a public facility on public grounds."

Change they did. As the two solidified their ideas, a name for the group was chosen, a board of directors formed, and a public non-profit status achieved. BAPG formed relationships with business on the airport grounds, the Civil Air Patrol, the city of Blaine, schools, and a myriad of other local, regional, and national groups.

Original board members included Harvey Karth, Roger Hansen, Craig Schiller, and Chris Gabiou. Monthly meetings were held to which interested parties were invited as advisors to the board. 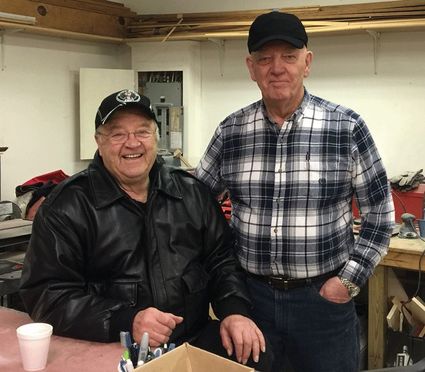 Over the course of time, Karth and Hansen developed relationships with local schools through the STEM program. They created a program under which more than 5,000 students visited local businesses on the airport, as well as the control tower. In the hands-on program, students from kindergarten through high school were allowed to see, hear, and touch aircraft, and experience other elements of the airport grounds. The children's experiences also influenced their parents.

"We've got 5,000 little salespeople going home from school saying, 'Oh you should have seen the airport!,' said Karth. "The kids turned the tide for us."

As Karth and Hansen became aware of the developing need for people to fill positions in all aviation related fields, they began a scholarship program to encourage students to explore careers in aviation. They are firm advocates of the idea that what a child learns stays with them for life.

"As an example," said Hansen, "kindergarten students experiencing the airport for the