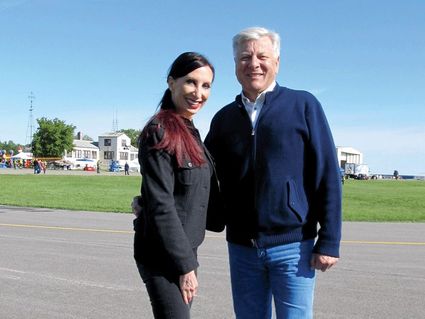 Tracy Lovness and Patrick Kluempke, both pilots and owners of the Cirrus SR22 they flew to NASA.

Admitting they get few requests but were happy to oblige (after confirming our arrival with the Shuttle Landing Facility (SLF) Tower), Orlando Approach advised us to expect the RNAV GPS 15 approach.

We were on a route from Atlanta via the MCN VOR to the famous SLF. Having received vectors upon reaching KEVB, we were more than just a little excited when Orlando issued directive.

"Descend to 3,000," and moments later, "You are 5 miles from Earth (IAF)...proceed direct Earth...maintain 2,500 or higher until established on the published portion of the approach...cleare...