Duluth Air and Aviation Expo put together by people power 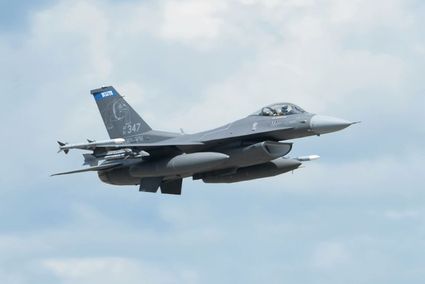 An F-16 Fighting Falcon from Duluth's 148th Fighter Wing puts its own brand of awe into the Aviation Expo held the weekend of July 9-10.

Attitudes were positive and expectations high at the Chairman's Gala, hosted by the Consulate General of Canada, held at the Greysolon Ballroom in Duluth the night before the Duluth Air and Aviation Expo, all with good reason.

The show was attended by over 45,000 spectators. 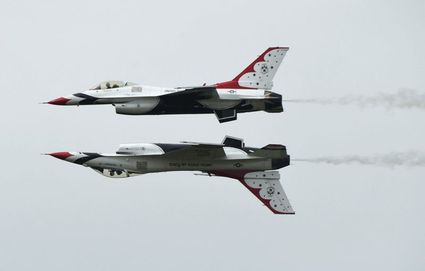 According to Expo president, Ryan Kern, the event provided a local economic impact of nearly 9 million dollars as well as educational opportunities to the public in aviation and aerospace careers.

Spectators were pleased with spectacular sights and sounds for the two day event held at the Duluth Airport. The Canadian SkyHawks Skydiving Team graced the air with human bodies without airplanes.

An impressive fleet of aircraft ranging from the Air Force Thunderbirds to a B-25 Mitchell from the Commemorative Air Force gave the crowd something to see on the ground as well as in the air.

Parking was well planned, traffic flow improved over years past.

Kern said plans are in the making for an Air Expo on June 3-4, 2017, a break from the usual pattern of holding the every other year. The United States Navy Blue Angels will appear at next year's event.

Kern expressed gratitude to all volunteers, participants, and those who attended this year's Aviation Expo.