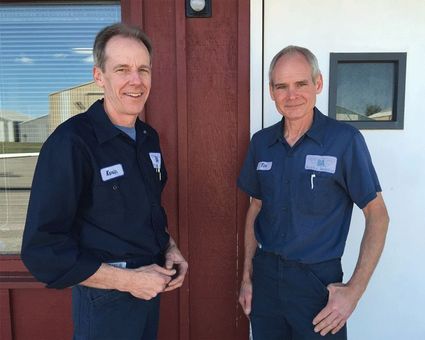 Now assuming ownership and management, Kevin Dunrud and Tim Hieb, have nearly as many years into Bolduc Aviation as Darrell Bolduc.

There is no substitute for experience. A solid reputation for work well done takes years to establish. That is exactly what Darrell Bolduc, Tim Hieb and Kevin Dunrud have accomplished with Bolduc Aviation Services, a highly acclaimed Part 145 repair station based at Anoka County Airport.

Bolduc started the business in 1979. Dunrud came aboard as an AP mechanic in 1981. Hieb, also an AP, arrived in 1982. Though there are other long-term employees, Bolduc, Dunrud, and Hieb formed a business relationship over 35 years of working together, relying on each other, and growing the business together. It didn't take long to outgrow the original workspace in New Hope with a tiny workspace and shared equipment.

"We had steady work, but not near what we have now," said Hieb. "We did maybe one complete engine overhaul a month back then. We did a lot of cylinder work and a lot of piece work, the internal steel parts."

The team moved to their present location in the mid 1980s. Employees were added. Expansion happened. Business increased. As the years ticked by, Bolduc began speaking with Dunrud and Hieb about his exit strategy. The subject of the two APs taking over the business began to come up in conversations between the three of them. Bolduc's personal goal was not only to build a business that actually served customers well, but to eventually leave the business fully operational, run with the same integrity on which it was founded.

"He really did want us to have the business because we'd been such a big part of it for this long," said Hieb. " He was rightfully proud of the business he made."

As outside interest began to grow, and Bolduc more seriously considered retirement, all three men realized a decision was imminent.

"First we looked at, what do we want to do?" said Dunrud. "Do we want someone else to buy the business and work for them? We just felt that no one knew this business better than we do because we've been here so long. It just made the most sense for us to just make it happen. Like Tim said, Darrell wanted us to have it. He said we were key to making it work and he was key to making it happen for us, too."

"I am very confident," said Bolduc. "Kevin and Tim were just about running the place by the time I left anyway. They've been with me for over 34 years. They've done a great job. All the customers know them. All the customers have been very happy with them. They'll be just fine."

Bolduc Aviation Services now has eight employees, averaging eight to 10 overhauls a month and a much increased workload of piecework over their early beginnings. They have a full hangar and shop, regularly serve a five-state area with occasional work coming from other states, Canada, and other parts of the globe.

For the time being, the new owners are more focused on assuming their new roles and managing added responsibilities for their employees.

We're taking over Darrell's workload between us and then transferring some of what we did to the other employees," said Hieb.

"We've got an employee or two nearing retirement so we have to try to stay ahead of that," said Dunrud, "so I can see we're going to need more help."

There is also the fact that, without Darrell Bolduc, Bolduc Aviation Services is due for a new name. 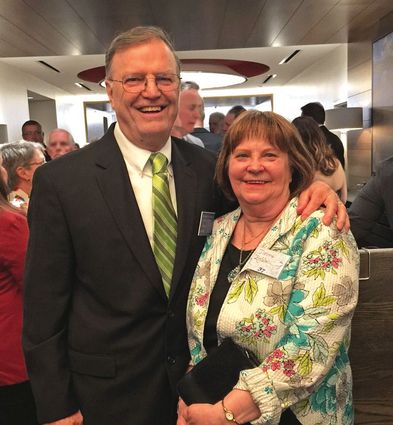 A retired Darrell Bolduc took a moment with Devra, his wife at the Minnesota Aviation Hall of Fame Banquet to voice his confidence in leaving the business he owned for over forty years in the capable hands of Tim Hieb and Kevin Dunrud.

"Bolduc Aviation Services is a good name," said Hieb. "It's a strong, recognized name, but we won't be selling Darrell's name when it is our turn to retire."

At present, it's all about putting their ownership on a business they've actually grown for years.

"It's certainly been an adjustment," said Dunrud. "We've been lucky to have people who have been here for a long time. We have several employees who have over 20 years with us. Darrell was pretty good to work for. Hopefully they will feel the same with us."