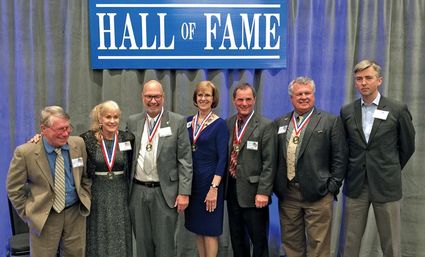 Minnesota Aviation Hall of Fame Award Banquet's begin with an oh-so-fun social hour where people get mill around with their favorite beverage, introduce themselves to the inductees, and catch up with each other on what's happened for the past year. Artwork is displayed. Bios on inductees are available. Conversations about aviation abound. 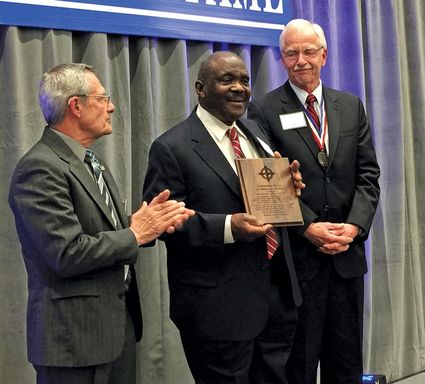 The banquet and ceremony was attended by a Who's Who in Aviation crowd. Each inductee was honored by the presentation of a plaque and brief description of their accomplishments.