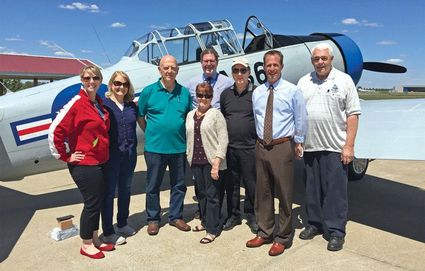 Sharing a picnic lunch at an airport on a day seemingly special ordered for the event does a lot to encourage children to dream about entering the field of aviation when they grow up. 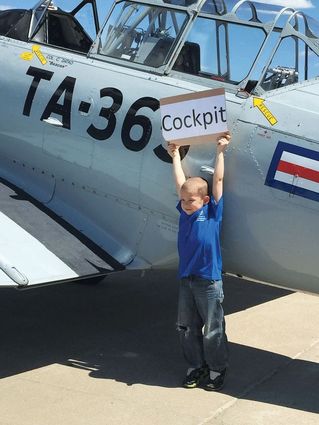 Leo enthusiastically indicates the cockpit area of the T-6.

Kindergartners from the University Avenue Aerospace Children's Engineering and Science Elementary (ACES) magnet school did just that as they visited Anoka County Blaine Airport in May.

ACES, an award winning school, is in their fifth year of implementation of the Science Technology Engineering and Math (STEM) program, a very long name for a high impact method of teaching.