Wings of the North holds annual kickoff party amidst aircraft 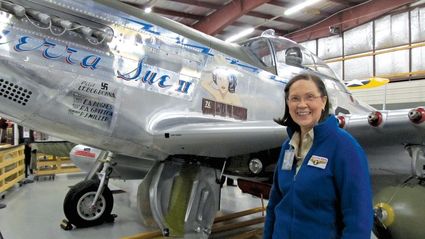 Judy Jasperson is the Curator of the new Wings of the North Museum which will have its official Grand Opening in May.

Wings of the North started the New Year off right with their Annual Kickoff Party and Holiday Gathering at Flying Cloud Airport in January.

Planning begins now for Air Expo 2016 which will be held in July. However, the first week in May Wings of the North will have a Grand Opening for their official new air museum, something that's been in the works for years.

"It really just sort of came together," said museum curator Judy Jasperson. "We have wonderful benefactors who have beautiful airplanes they want people to see.

"We have had a lot of things given to us over the years so we had displays periodically, but we never actually had a real museum so we're excited." 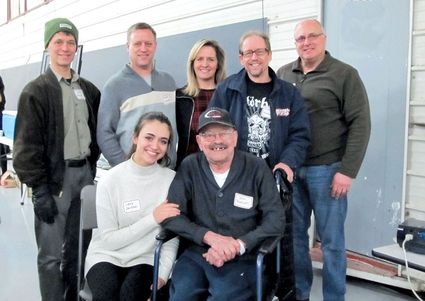 Stephan Rockwell, Andrew Rockwell, Anne Jacobson, George Rockwell, and Mark Jacobson stand with Lara Jacobson and John Rockwell. John donated 113 replica airplanes and an unspecified number of ships to the Wings of the North Air Museum which are now on display in showcases.