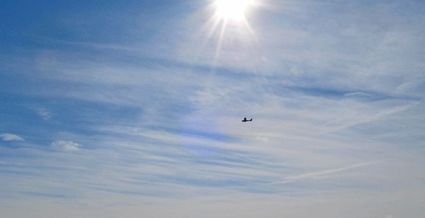 Review emergency procedures on a regular basis to be prepared for the unexpected when enjoying a day in the air.

The Federal Aviation Administration,(FAA), your office of Aeronautics, and numerous General Aviation organizations work constantly to help pilots fly safely. News, education, guidance, and procedural documents can be produced with the best of information. But in the end it is up to the pilot to assure he/she is well trained, proficient, and truly ready for flight.

Recently the FAA released a document titled: FAA Says Fly Safe: Prevent Loss of Control Accidents; National Safety Campaign Intended To Educate The GA Community. The balance of this article is adapted directly from that FAA document. While many of the main points are contained in this adaptation, it is highly recommended that you obtain and read the entire FAA document.

The FAA says that fatal general aviation accidents often result from inappropriate responses to unexpected events. Loss of aircraft control is a common factor in accidents that would have been survivable if control had been maintained throughout the emergency. In some cases, pilot skill and knowledge have not been developed to prepare for the emergency. In other cases, an initial inappropriate reaction begins a chain of events that leads to an accident.

A Loss of Control (LOC) accident involves an unintended departure of an aircraft from controlled flight. LOC can happen because the aircraft enters a flight regime that is outside its normal flight envelope and may quickly develop into a stall or spin. It can introduce an element of surprise for the pilot. Contributing factors may include: poor judgment/aeronautical decision making, failure to recognize an aerodynamic stall or spin and execute corrective action, intentional regulatory non-compliance, low pilot time in aircraft make and model, lack of piloting ability, failure to maintain airspeed, failure to follow procedure, pilot inexperience and proficiency, or the use of over-the-counter drugs that impact pilot performance.

Unexpected events – especially those occurring close to the ground – require rapid appropriate action. However, humans are subject to a "startle response" when faced with an unexpected emergency situation and may delay or initiate inappropriate action in response to an emergency.

Examples of situations which can catch a pilot by surprise:

• partial or full loss of engine power after takeoff

• landing gear fails to retract after takeoff, or fails to extend when ready to land

Unexpected events often happen close to the ground or during a transition from one configuration or phase of flight to another. There may be no time to use a checklist. A pilot has a much better chance of success if he or she thinks about the abnormal event ahead of time. Practice and preparation can improve a pilot's reaction time.

• Think about abnormal events ahead of time! Practice your plan! Brief your plan prior to takeoff, even when flying solo!

• Sit in your aircraft or a properly equipped Aviation Training Device and practice abnormal and emergency procedures, touch the controls, and visualize your aircraft's cockpit

• Review and practice "what if" scenarios

To read the complete document release or for additional information, go to: http://www.faa.gov