December may be a busy, but there's always time for a visit from Santa. 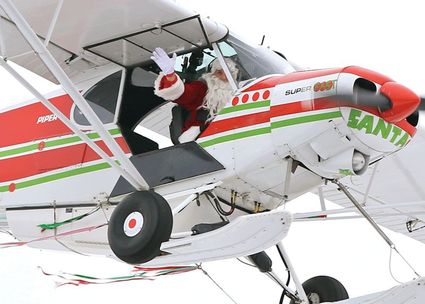 In a day and age when many situations in life change faster than Minnesota weather patterns, it's comforting to know at least one longstanding tradition continues to be upheld to this very day. It is especially comforting when that tradition includes wearing a soft red suit, slinging a bag of toys over one's shoulder and belting out a few ho ho hos, all for the delight of children.

The follower of this specific tradition does have his own little twist, however. Rather than the well-known Dasher to Blitzen method of transportation, Randy Corfman, president of the Minnesota Pilots Association has cleared the airways for Santa to fly to two community airports in a Super Cub, specially decked out for the occasion.

The Minnesota Flyer was privileged to get a peek at Santa's schedule which we are most willing to share with our readers.

Santa is planning stops at a number of airports this year, including Lino Lakes Airpark, Johanning Field near Park Rapids, Buffalo Airport, and Key Air at Anoka County-Blaine Airport. 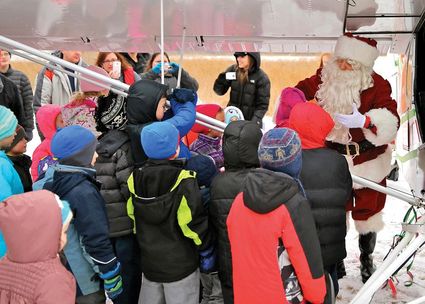 It is said that Santa's Cookies and Magic Hot Chocolate will be provided by Santa's Helpers to take the chill off the morning and warm up the hearts and bellies of attendees!

Parents automatically become members of the Santa's Helpers Club when they contact Santa in advance to arrange delivery of a small gift at the Fly-In. Gifts must be shoe box size or smaller as Santa has to comply with weights and balance.

If moms and dads forget their cameras, they will be pleased to hear that one of Santa's photographers will be on hand.

"This is all about Santa's spreading Good Cheer, the message that the true meaning of Christmas is the celebration of Christ's birth, and in letting people know that Santa is Aviation Friendly!" said Corfman, Santa's main contact.