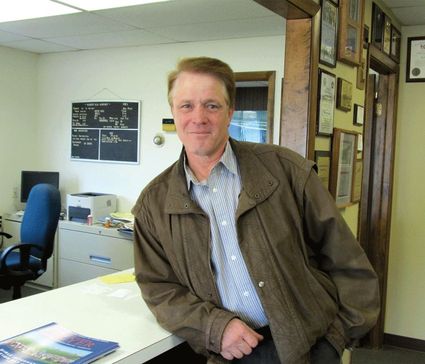 After a situational hiatus, the aviation industry is once more on the rise. Current high demands for pilots has caused flight schools to evolve to meet the needs of students motivated to attain a private pilot license in less than the national average of 65-70 hours of flight time, (often stretched out over a year's time).

Accelerated Aviation Instruction, a Part 61 flight school based at the Albert Lea Municipal Airport, offers a 40 to 45 hour flight time program for those wanting to go from zero to private pilot certificate over a possible 21-day time frame (weather dependent).

Minnesota born and raised, Jacobson received his flight instruction and ratings at Mankato State University. While he enjoys flying, his draw to aviation lies more in teaching than the flight itself.

"Having a student as a blank slate, and taking them through the completion of a rating or certificate, well, it's fun," said Jacobson. "Sometimes a student will say they don't think they can do it. I tell them it's like standing at the bottom of a long staircase, looking up at the top and saying, 'How do I get there?' I say, don't look at the top. Let's just take one step at a time."

"It's the same way teaching flying. I say, here's what we do first; here's what we do next. We're going to get you to where you need to be. Whether the student is new, or an experienced pilot who now wants an instrument rating, it's always done step by step."

The method of instruction is determined by the needs and learning capabilities of the student.

"There is no cookie cutter way of teaching someone to fly," said Jacobson. "Everybody is different. Someone may be book smart but not as good at hand eye coordination. Someone else may fly like a natural but needs to work more with books. Whatever it takes, we're going to address it and get that person through."

Accelerated Aviation Instruction is based on the premise that learning over a shorter period of time increases retention.

"When I taught at Mankato State, students would come in two to three times a week," said Jacobson. "Since they went days between classes, a certain percentage of each class period was spent in review.

"Here, we'll work with students from 8:00 in the morning until 5:00 at night, then expect them to do a couple hours of studying in addition to that. Then they're back the next day for more. I really believe in accelerated training."

A high level of safety also gauges the rate of advancement.

"We promote safety and a good decision making process for Go/No Go situations," said Jacobson. "We want students to be aware of external pressures like friends or other pilots wanting to fly when maybe the weather or weight and balance isn't right. Ultimately it's the pilots' responsibility. We convey that to our students."

Albert Lea Municipal Airport, with a 5,000 foot runway (17/35) and a 2,900 foot crossing runway (5/23) and is the base for the recently opened Accelerated Aviation Instuction flight school.

Albert Lea Municipal Airport is in a rural setting that normally allows students to be number one for takeoff, which increases efficiency of the lesson, lowering the cost of learning to fly.

Their fleet includes a Piper Warrior for private and instrument, a Piper Arrow for complex endorsement, and Piper Seminole for multi-engine training.

"We've also got spares for times an airplane goes in for maintenance or repairs," said Jacobson. "We always have planes available."

In the last two years Albert Lea has redone the runways, taxiway and added a new ramp area. At present, classrooms are being remodeled. Plans are also in the works to build a new FBO in the next year.

Having once been a student himself, the instructor understands and is sensitive to the expense of flight lessons.

"My goal is to make you a safe, well educated pilot," said Jacobson, " but also to be efficient, and not waste your time."

For more information, contact Jim Jacobson at 507-363-9210 or vial email at accl.avia.inst@gmail.com.