Thinking about the coming changes 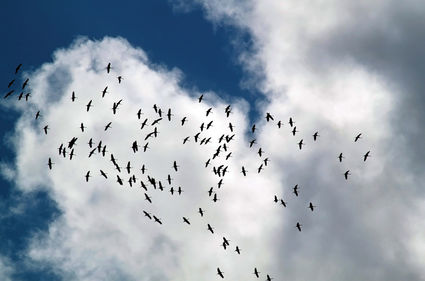 Photos used the Aeronautics Bulletin this month are released under Creative Commons CC0 as public domain at pixabay.com

As the summer season begins to fade and fall approaches, we are about to enter what is arguably the most beautiful season in Minnesota (and the upper Midwest). Flying during the weeks of fall when the trees turn to spectacular colors, varies from totally magnificent to quite simply awe-inspiring! The lakes shimmer and sparkle like jewels while reflecting the brilliant blue sky, and even the color of the leaves turning on their shores! How fortunate we are to have the opportunity to see these wonderful sights because we are aviators, and because we fly in Minnesota.

With all the delights for the visual senses however, we must not forget to always be alert for other aircraft in the air and on the runway. We must also keep in mind that this is the time of year when we see many millions of birds begin their migration south along the Mississippi Flyway. The Mississippi flyway stretches from North Central Canada, through the Great Lakes, and along the Mississippi River, south to the Gulf of Mexico.

Millions of birds fly along this route and they do fly day and night during migration season. In fact, the Mississippi Flyway is one of the busiest migration paths in North America. Flight an hour before dusk, or an hour after dawn, should be avoided if at all possible. These periods of time generally reflect the highest bird activity as they depart or arrive at temporary roosting and feeding locations.

While some birds go even further, most fly south along the Mississippi River, then cross the Gulf headed to Central and South America. The basic answer to the question of why birds would do this is "warmth and logistics". They plan their route in part based on where they can find food, fresh water, and safe roosting places. As an example, Minnesota is a haven with more than 11,300 lakes of an acre in size or greater, many forested areas, plus a great amount of green, open space that provides good food and relatively safe resting spots.

The migrating birds can and often will vary their altitude because of weather, winds aloft, and even terrain elevation. Though they (the birds) can fly higher, it is estimated that up to 90 percent of the bird strikes that occur will take place at or below 3,000 above ground level (AGL). Duck and goose strikes can occur as high as 7,000 AGL. Studies show that a majority of bird strikes occur during the approach to landing. Aircraft can experience bird strikes anywhere and at essentially anytime, however the greatest risk is at an altitude around or below 3,000 feet AGL, and either at, or within very close proximity to the airport.

All pilots should know it is very strongly urged that flying over bird sanctuaries, landfills, and wetland areas should always be avoided. Birds numbering in the many thousands can and quite often do congregate at these and other similar sites, such as recently harvested fields. Thus bird strike possibilities climb tremendously when flying over and even close to the sites previously mentioned.

Be sure to check out FAA Advisory Circular AC No: 150/5200-32B dated 5/31/2013. If you experience a bird strike, submit a Wildlife Strike Report FAA Form Approved OMB No. 2120-0045. The purpose of this AC is stated as "This Advisory Circular (AC) explains the importance of reporting collisions between aircraft and wildlife, more commonly referred to as wildlife strikes. It also explains recent improvements in the Federal Aviation Administration's (FAA's) Bird/Other Wildlife Strike Reporting system, how to report a wildlife strike, what happens to the wildlife strike report data, how to access the FAA National Wildlife Strike Database (NWSD), and the FAA's Feather Identification program." http://wildlife.faa.gov/strikenew.aspx

Remember, as we look toward a change in seasons, this is the best time to think about the coming challenges and threats.