Drones are being flown everywhere 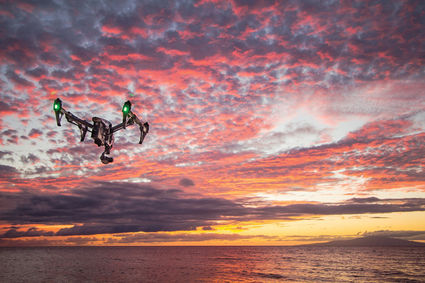 Photos used the Aeronautics Bulletin this month are released under Creative Commons CC0 as public domain at pixabay.com

Every pilot should know that drones are being flown in the United States. LeSueur County is flying them at 600 feet, Excel Energy has a COA to fly their power lines, Burlington Northern is flying the rails beyond visual line of sight (BVLOS), and the whole of North Dakota is being used by the test site program at the University of North Dakota. And these are the legal operators we are aware of. Countless others are flying illegally as evidenced by numerous You Tube videos.

The FAA issued some proposed rules and they are in the process of evaluation the more than 4,000 comments they received. In the meantime, they are issuing Certificates of Authority (COA) for operators giving almost blanket approval for operations under 200 feet AGL within visual line of sight in rural areas. Public agencies like LeSueur County can get COAs for operations more than 500 feet AGL. I am seeing copies of applications made to the FAA for exemptions from their usual policies to include operations at public airports and night operations. Meanwhile, their inspectors have been told that they can only take enforcement action if they catch a user in the act. Video posted online doesn't seem to be sufficient evidence.

In Minnesota, we have taken the position that unmanned aircraft are aircraft and that they are required to be registered and pay registration tax the same as all other aircraft. Use of these aircraft for compensation or hire, or any services performed incidental to the operation of an aircraft for which a fee is charged or compensation received constitutes a commercial operation and we are requiring such operators to get a commercial operator's license from us. In doing this we are simply applying existing statutes and rules. Our main concern is the safety of persons, property and transportation and transmission lines. Secondly, we ensure that operators insure their vehicles, and we also get to approve their operating areas. Unfortunately this doesn't apply to all operations. Public operators like LeSueur County are exempt as are operators who are not selling their services, such as Excel Energy.

Still, the greatest concern in unmanned aircraft operations is the personal users of this technology. There have been multiple reports of UAVs flying in close proximity to commercial airliners. There is video online of a UAV flying up through the clouds in close proximity to an active heliport, and I have seen video of a UAV flying around a couple of helicopters that were over 1,000 feet AGL shooting video for different TV stations. It seems many users have no idea of the danger that they pose for manned aircraft operations.

The FAA and the UAV industry are trying to help educate the public on the operation of these vehicles. There is a website: knowbeforeyoufly.com that was designed to help people learn about both the personal and commercial requirements. There is an application now that lets you determine the airspace you are in and if it is safe to fly there, and since someone landed a UAV on the White House lawn, the manufacturers have started putting electronic fencing in their units that keeps them from being flown in some areas. The Academy of Model Aeronautics has safety guidelines for model aircraft operators. If you know of anyone operating or considering operation of a UAV, you should advise them to check out these resources. Though they may not get in trouble with the FAA or the State of Minnesota, a crash with injuries could prove to be very costly.

For pilots, the message is to be extremely vigilant. The higher you fly, the less likely you are to encounter a UAV. Of course we all have to land, so be watchful. If we know of any UAV operations going on at an airport, we will work to get the information widely disseminated. For landing away from a public airport, such as landing on the water for a seaplane or landing on a private airport your best tool is your eye. If you spot a UAV I recommend aborting the landing and going elsewhere. A crash with a UAV may be a financial hardship for the UAV operator, it can be deadly for you and your passengers.