MSPA annual event has attendees singing in the rain 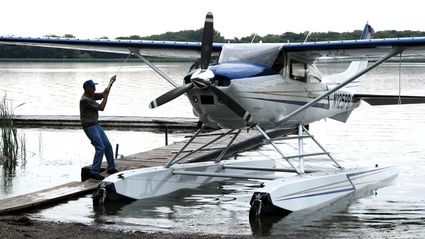 Bruce Hanson assists in the docking of this1977 Cessna 182 owned by Paul Breckner.

Attending the Annual Fly-In and Pig Roast at Surf Side Sea Plane Base is so important to such a large number of folks that they attend even if they have to drive an automobile rather than fly their favorite aircraft. 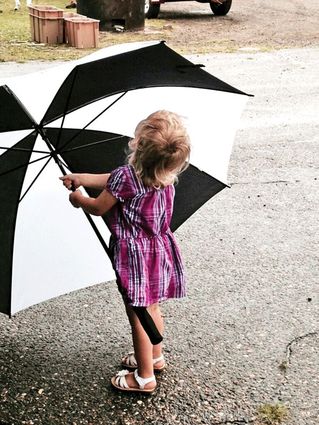 Owner Bruce Hanson says about 40 planes are based at Surf Side.

Bob Timm runs the maintenance shop, swapping out floats for skis or wheels as the seasons dictate, performing annuals on aircraft, and tending to whatever mechanical needs arise.

Brian Schanche of Adventure Seaplanes is the go to guy for flight training. He has four aircraft at his disposal, a Cessna 172, 180, 185, and a Beaver.

Hanson, who has been involved since 1970 has seen good times and bad over the years. At present, business is picking up from the slump that hit the nation during the Great Recession. Though he has a positive attitude, Hanson admits that he doesn't know exactly what the future will bring. "Only the Man upstairs knows that," said Hanson. "We can't predict the future. I can guess at it. I think we'll continue to improve."