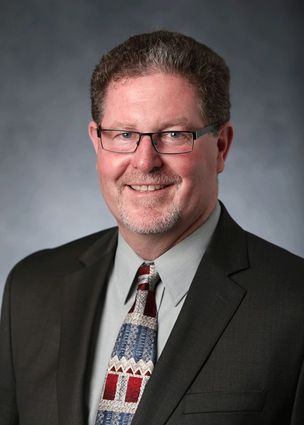 Originally from Originally from New Jersey Shore, Brielle, New Jersey, Burke's first career was in construction working for a homebuilder on the east coast, then traveling to Seattle and Hawaii.

"When Pamela, my wife and I had our first baby, she commented that traveling around following projects isn't the greatest of families lives," said Burke. "So I did some thinking. I've always loved aviation so I did some research and decided to get into airport management field."

Burke attended the University of North Dakota to facilitate his transition from construction. In 1994 he took an airport management position with at the city of South St. Paul where the city owns and operates the airport.

While the experience was invaluable, Burke noted that the airport was not high on the list of the first ring suburb. Maintenance, not expansion was the priority. Getting capital for the airport was tough. Its competition was with police vehicles, fire trucks, and other responsibilities of the city.

When a current MAC employee drew his attention to the Manager of Reliever Airports position at the Metropolitan Airports Commission, Burke wasn't really looking to change jobs.

"I loved what I was doing for the city of South St. Paul and the airport and pilots there," said Burke, "but his comments really struck me, and I think a new challenge is a good thing."

Several aspects of working with MAC are particularly pleasing to the new manager of reliever airports.

"The Metropolitan Airports Commission is an aviation organization," said Burke. "They know how to run airports. They have attorneys who are aviation attorneys who understand the problems. I don't have to educate everyone around me on why we do things aviation-wise. That was a great draw for me.

Also, it's a great organization, nationally known. I'm hoping I can bring the customer service aspect of what we did at South St. Paul to MAC. What I find is, people love the airport. As with any organization, they have disagreements and there are things they want to see done better.

I am going to listen to the concerns customers at Crystal and Anoka voice, bring those items to the airport commission, and see how I can advance their cause."

With his experience in construction, love for aviation, and the desire to promote and grow community airports, it looks like Glenn Burke and MAC are a good fit for each other.