Getting to know Alison Wynne 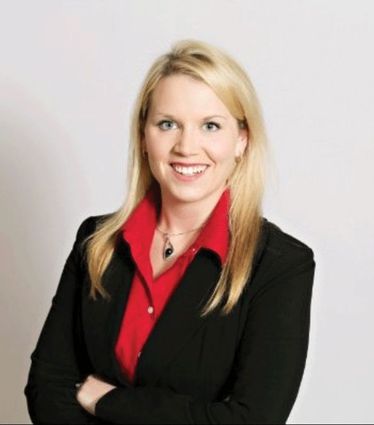 "My start in aviation really began at the Kalamazoo Aviation History Museum, also know as the Air Zoo," said Alison Wynne of Hays Companies headquartered in Minneapolis. "Also, we didn't live too far from the airport. Aircraft flying over my house on final approach was a regular occurrence so at a very young age I knew I wanted to be a pilot."

That desire manifested itself in Wynne's attending ACE Camp and volunteering at the Air Zoo. In high school, she took a course with credits towards private pilot ground school and an A&P. She attended Western Michigan University College of Aviation, earning a BS degree in Aviation Science Administration. Wynne's internship was at the Gerald R. Ford International Airport in Grand Rapids, Michigan. She also worked as a service representative at an FBO and was a dispatcher at WMU College of Aviation.

Though her initial plan was to become a pilot (she holds a current private pilot license with an instrument rating), the country was in an economic tailspin. She had no doubt about going into aviation. It was just a matter of how.

"I went to the Dean at the College of Aviation and asked if he could think of any opportunities in aviation aside from flying," said Wynne. "He asked if I'd ever thought of aviation insurance."

It was Wynne's open mind and willingness to not only seek wise counsel, but to contemplate, then follow it that began her solid career in the aviation insurance industry. Starting out at an aviation insurance brokerage located in West Chicago, being promoted to manage the Minnesota branch located at Flying Cloud Airport, and then taking a position in the aviation department at Hays Companies, Wynne learned the general rule is that aviation knowledge can be utilized in various ways. Being an aviation insurance broker requires both aviation knowledge and insurance knowledge. Typically, someone has an overall interest in aviation prior to learning about insurance. They rarely start out in insurance, then branch into aviation.

Serving businesses in aviation has been very rewarding. Her clients have taught Wynne valued lessons.

"It's the grass root aviation businesses that make this industry strong," said Wynne. "Many of those are family owned businesses that have faced and overcome challenging times. It is really great to work with people who truly exhibit their passion for aviation on a daily basis."

Continuing her personal commitment to support aviation, Wynne became a MATA board member and is currently serving as the Vice President of the organization.

"MATA board members volunteer on top of their professions because they have a genuine interest in the wellbeing of aviation in Minnesota," said Wynne. "There are continued needs to be met. MATA has a wealth of knowledge available to those who may be new to aviation, wanting to open a business, or have a need for advocacy. There is value in people coming together for a cause."