"It's pretty hard to run into a pilot from the Midwest who doesn't know who my dad was." Bill Mavencamp Jr. 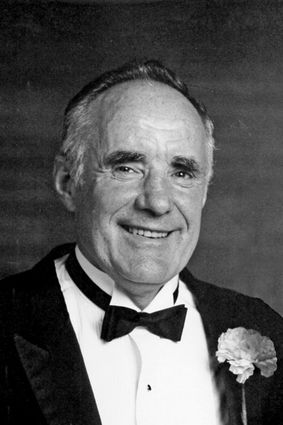 In his career as a flight examiner based out of Maple Lake Airport, Bill Mavencamp Sr. has the record for giving more check rides than any other flight examiner in Minnesota.

"The FAA doesn't have records, but the family has thick stacks of his paperwork dating back to the 70s," said Bill Mavencamp Jr. in an interview about his father who passed away in January this year.

Born in 1927, Bill Sr. was from an era when people were not sensitive to politically correct language standards. However, he had a great sense of humor, for which he was well known.

"I'm sure lot of people would say he was a very memorable person," said Mavencamp."He used to say he was just 'telling it like it is' so we had to tell him that just was wasn't okay any more."

Late in his career, as Bill Sr. was being interviewed by the local newspaper, he told the reporter that his love for aviation began as a child when an open cockpit, bi-wing airplane owned by a friend of his father's landed in the family's alfalfa field, requesting permission to give some of the locals airplane rides during Maple Lake's Fourth of July celebration.

The pilot also offered Bill a ride. Bill Sr. told the reporter, "I'm sure I jumped from the ground clear up into that cockpit."

Bill Sr. served in the Navy for a year in the Pacific Rim at the end of World War II. After his discharge, he was called back for the Korean Conflict, serving at the Naval Air Station in Minneapolis.

Bill Sr. learned to fly on the GI Bill in approximately 1952.

"He learned how to fly at the Monticello Airport in J-3 (Piper) Cubs," said Mavencamp.

Bill Sr.'s main occupation was working the dairy farm he owned. He married and raised nine children, all of whom took flying and farming lessons from him.

In the 1950s Bill Sr. purchased an airplane that was subsequently destroyed in a tornado. Not willing to give up on aviation, in the 1960s he joined a group of local Maple Lake residents who started a flying club, purchasing a Taylorcraft BC-12D.

Some time after his own stint in the service, Bill Jr. opened a flight school at the airport.

Bill Sr. became an flight examiner in 1972, a position he held until 2010. As his children grew more capable of working the farm, Bill Sr. was able to put more time into giving check rides. He gave a lot of them.

"It's pretty hard to run into a pilot from the Midwest who doesn't know who my dad was," said Mavencamp.

Though Bill Jr. never took a check ride with his father, he does recall Bill Sr. teaching him to fly.

"We had a hangar on the farm," said Mavencamp. "You had to come in over the silos and the barn and land on a grass strip, not a level grass strip, but that's just what we did. That's what we knew." 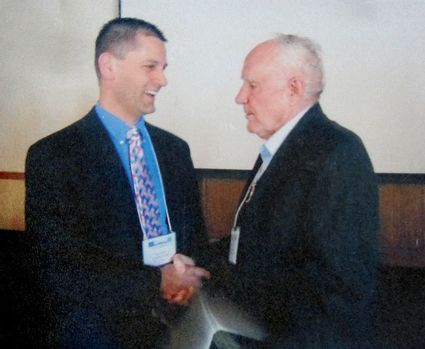 After a lifetime of flying, the day came when Bill Sr. realized he had to relinquish the position of Pilot in Command. He was 88 years old. Bill Jr. accompanied him for that flight, knowing the time of truth had arrived.

"It hurt him inside that he couldn't fly anymore, said Mavencamp, "but he was a gentleman about it."

Bill Sr. enjoyed the consolation that aviation lives on in his family. Grandson Greg (Bill Jr.'s son) is a pilot and flight instructor.

"I did almost all my check rides with him," said Greg who never really thought of any career other than aviation.

"I've been doing it my whole life so I don't know any different."

Though the respected patriarch of the family has flown West, he is undoubted pleased that the Flying Mavencamps fly on.