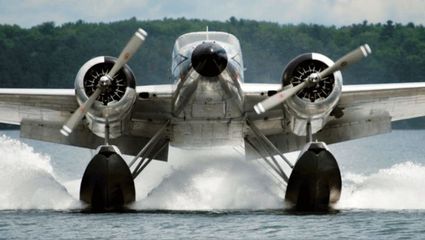 Triple congratulations to Aero Minnesota on their recent achievements. First, it has attained its diligently sought after 141 Flight School Status. Second, the CATS Testing Center at the Aitkin Aviation location is now up and running. Third, two new flight instructors have been hired due to Aero Minnesota's steady and continued growth.

CFI/BGI/AGI. Particularly advantageous to Aero Minnesota is the addition of another seaplane pilot and instructor.

"Both men are at the top of their game," said Aero Minnesota president, Adam Forsberg. "They've had a lot of experience. That's exactly what we want to offer new students coming to Aero Minnesota for flight training."

Aero Minnesota acquired its "new" 1944 Beech 18, fixed wing, multi-engine (450–horsepower each) seaplane on straight floats from AOPA President, Mark Baker. Originally used for oil exploration by Sinclair Oil, it went to Winnipeg in the early 1970s where it was converted to straight floats. It went into private ownership and through a series of restorations including new engines, interior, and a new KLX135 radio.

In its current form the Beech does 125-130 mph on floats, takes about 45 gallons of fuel per hour, and can haul six people, plus the pilot, and gear. The silver colored heirloom holds 223 gallons of fuel in fore and aft tanks in each wing and a common nose tank. According to Baker, N44573 does 1,875 rpm on the two-blade props and 24 inch of manifold pressure. He is quoted in the AOPA Pilot magazine as saying "If you're in a hurry, you're in the wrong plane."

Aero Minnesota is delighted to welcome the Beech to its a new home.

"We are privileged to become the new stewards of this piece of aviation history, and thank Mark Baker for this opportunity," said Forsberg. "We look forward to giving people the experience of a time past, and for pilots, the joy of flying the Beech." 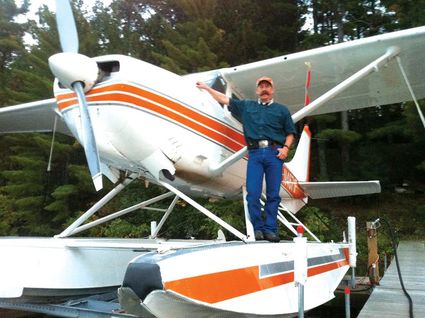 True to established form, Aero Minnesota is poising itself for continued, stable growth. With the instructor power now available, the team is in the planning stages of expanding their reach in aviation education. A school, complete with simulators, is on the horizon. Forsberg and his team are pleased with their progress, and the pace of growth.

"We've tried not to grow too fast, because we want to make sure that when we do offer something to the public, we're prepared to offer the best service possible," said Forsberg.

That being said, Aero Minnesota is currently on the lookout for A&P Mechanics, particularly those with an IA rating, as well as additional flight instructors. Aero Minnesota particularly invites veterans looking for a place to work, live, and fly. Having spent 11 years in the Marine Corps, Forsberg knows and appreciates the ideals military personnel commonly share. Teamwork and hard work are the accepted order of the day for all personnel at Aero Minnesota, including Adam Forsberg himself.