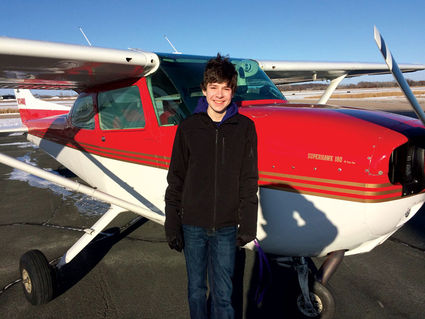 Mitchell Lindsey, a deservedly proud smile, and the Cessna 172 in which he soloed on his 16th birthday in January.

Congratulations and Happy Birthday to Mitchell Lindsey who soloed in a Cessna 172 from Anoka County Airport on his 16th birthday. The next day, he got his driver's license. 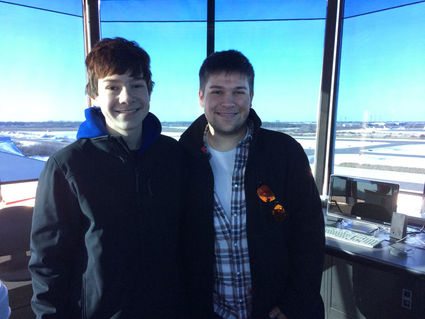 Mitchell and brother Brandon, who received his private pilot rating on his 17th birthday. Brandon observed Mitchell's solo from the control tower.

"It was scary at first," said Mitchell of his solo flight, "but after the first few minutes it was easier. It was a good time."

Flying is not a passing fancy for young Lindsey. He plans to continue in aviation, getting his private pilot's license and all the ratings so he can qualify to become an airline pilot.

As circumstance would have it, Mitchell has role models in Brandon, his older brother, and Norm, their father.

Norm Lindsey, a Delta Airline Captain who has been a flight instructor since 1990, was Mitchell's first instructor.