The promise of unmanned aerial systems 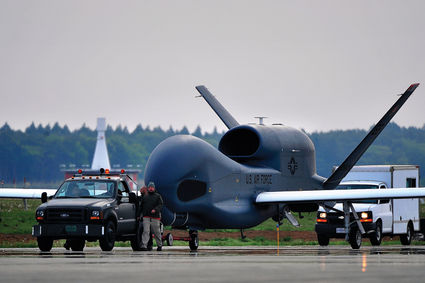 UAS, UAV, Drones: it seems everywhere you turn you hear about some new application for these vehicles and how the FAA is stifling this emerging industry because they can't figure out how to integrate them into the National Airspace System (NAS). It is true; they (UAS's) can do some amazing things. They can fly into burning buildings and search for people; they can fly over crops and identify moisture content and a half dozen other conditions allowing farmers to target the treatment of their crops, often referred to as precision agriculture. News stations could use them to get great live shots. Real estate agents could use them to help sell houses and Amazon wants to deliver your packages all with UAS.

I can imagine urban areas with UAS stacked one on top of another, some hovering, some transiting, and all working below building top height. This isn't a nightmare for the FAA. This is a nightmare for the public. Sure the UAS can be programmed to avoid buildings, but what about birds or other UAS? None of the current systems have the capability to avoid moving objects in their path. That is one of the things that still needs to be figured out. So when a UAS hits a bird, or two UAV's collide, where do the parts fall? What happens when people are injured or property is damaged? Can you even tell who the owner/operator of the UAS was?

Then there is the question of operations in controlled airspace. There have already been several reports of UAS operating in close proximity to airliners on approach. What happens when one gets swallowed by a jet engine? How do we educate UAS operators about airspace and avoiding full sized aircraft? How do we keep the news agencies or anyone else with a UAS from getting in the way of the air medical helicopter coming in to pick up an accident victim?

When you look at the UAS of the past: model aircraft, they have some really good operating practices. They stay away from populated areas and they test the aircraft that will be flying to make sure that they don't have frequency interference between aircraft and controllers. They always keep their aircraft in sight and in range of the controller and they stay away from airports.

Clearly things have changed. People want to operate UAS in populated areas or send them off over the horizon to accomplish a task. While the model aircraft community had many safeguards, I never hear this new group of operators talking about how they can mitigate the risks. I'm not sure they have even thought about the risks.

There is a lot of promise for the future of UAS, but rushing forward can cause serious setbacks. We have already seen several bills in the legislature that would restrict UAS operations to protect our privacy. It wouldn't take very many irresponsible operators to ground the whole industry and that would be a shame.

We could be moving forward faster if there was a coordinated program to work out the answers to the tough questions, but since the FAA isn't putting any money into the six designated test sites, they are also not providing guidance on what to work on either. UAS could eat up a lot of resources and that is an area where the FAA is already short. It is hard to envision them leading the charge for development of the UAS industry. Still they clearly have a responsibility for aviation safety and since UAS fly, they will need to be involved in any solution.

While there is great promise for the future of UAS, there is also great risk. I think of the great pioneers of the jet age and the risks that they took. Many of them paid with their lives. Unfortunately, where UAS are concerned, the individuals pushing forward, willing to take the risks, will most likely not be the ones who are injured if things go bad. True supporters of UAS will recognize the dangers and not skip any steps on the way to figuring out how they can be safely operated. The risk takers, the ignorant, the irresponsible will be their biggest foes.