Santa's coming in a Super Cub 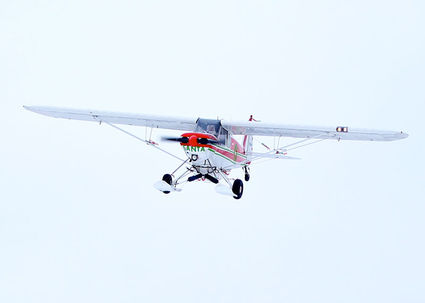 Sometimes people have to find the joy in Christmas even when circumstances are far from joyful. Minnesota Pilots Association President, Dr. Randle Corfman found himself in just such a position several years ago.

Having built a very close friendship with fellow aviator, Ron Barrow, Corfman was highly impacted when Ron was diagnosed with pancreatic cancer. More devastating news came when Kathy, Barrow's wife was diagnosed with multiple myeloma. When the grievous circumstances arose, the couple wanted to do something extra special for their 3-year old grandson so the Barrows requested a special favor of Corfman.

"They wanted to do something special for Max, their grandson," said Corfman, "so Ron asked me if we might decorate my Super Cub (it is red and white, and on skis) as Santa's Super Cub, then fly in to the Lino Lakes Airpark and bring presents to Max and a few of his little friends."

Corfman "got in touch with Santa," and made arrangements for a special delivery that year, a tradition that has since continued.

Sadly, the Barrows passed away. However, the Santa's Super Cub tradition carries on in their honor. Every year, about 20 people gather at Corfman's hangar to decorate his aircraft, have hot chocolate, holiday goodies, remember Ron and Kathy, and talk about aviation and the Santa Project.

Santa's visits have expanded from Lino Lakes to Park Rapids, and this year, to Buffalo where growing numbers of parents and children will be graced with a visit from Santa's Super Cub. 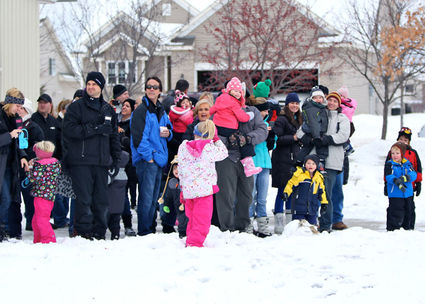 The crowd awaits in joyful anticipation as Santa's Super Cub taxis to a halt.

"Their eyes are full of joy and amazement," said Corfman, who knows Santa personally. "Their mouths are wide open with excitement about seeing Santa Claus."

The joy is not limited to children.

"Santa has many older folks who come up to him, give him a hug and say. 'Santa we still believe in you!'" said Corfman, who speaks with Santa regularly.

Three years ago, a 101-year-old woman attended the event.

In a day and age when 'too busy' are common words, where does the doctor and president of the Minnesota Pilots Association find time to arrange Santa's visits?

"When there is something you believe in, you find the time," said Corfman. "Besides, this is just a really cool deal."