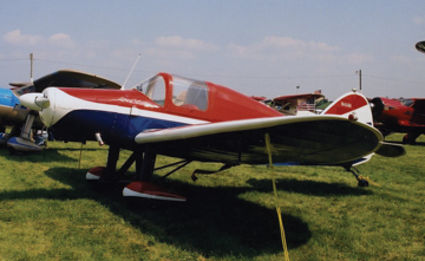 Ten Dart GC's, licensed under Approved Type Certificate #674 of 19 April 1938, were produced in a Tecumseh, Michigan, factory shared with Meyers...