Airport of the Month: Wadena 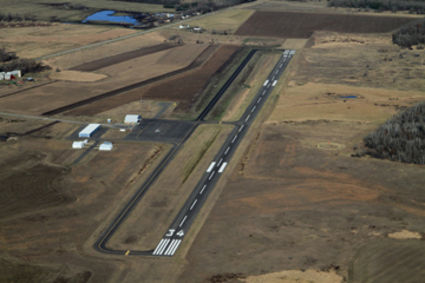 Wadena means "Round Hill" in Ojibwa. It's also the name of a well know leader of that Native American tribe who's band lived along the Crow Wing River in Central Minnesota. The first community named Wadena was a trading post located where a ferry on the Otter Tail Trail crossed the river. In 1873 Wadena County was incorporated and the name was transferred to the platted town and court house site on the Northern Pacific Railroad about sevem miles west of the original settlement.

Wadena, both the town and the Chief, first had brief aviation fame in 1938. Otto Dallmann, the Wadena High S...