Airport of the Month: Albert Lea 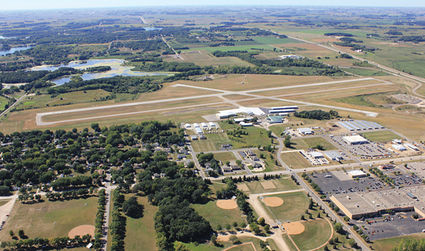 Lieutenant Albert Miller Lea was a member of the First U.S. Dragoons based at Fort Des Moines. He was also an engineer and the cartographer for Zebulon Pike. In 1835 Lt. Lea mapped much of southern Minnesota. Pike told him to "name something after yourself". He picked a large lake next to a town site which was originally called "Paradise Prairie" and is now the City of Albert Lea. A native of Tennessee, Lea fought with the Confederate Army during the American Civil War. His son, Lt. Commander Edward Lea, was in the Union Navy and was mortally wounded in the battle of Galveston. Comma...